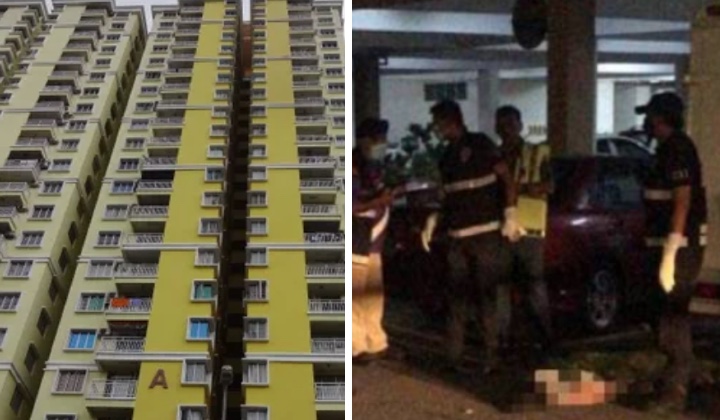 Subscribe to our Telegram channel for the latest stories and updates.

A four-year-old girl died after falling from the balcony of her residence on the 18th floor of a condominium building at Jalan Danau Saujana 2, Setapak, here on Saturday.

Astro Awani quoted him as saying the child slept alone and his mother was not home.

The other occupants of the residence slept in their respective rooms and did not know that the child was left alone.

The victim’s body was taken to Kuala Lumpur Hospital for an autopsy.

Anyone with information related to the incident is asked to contact Wangsa Maju District Police Headquarters on 03-92899222 or the nearest police station to assist in the investigation.

Ashari advised the public, especially parents, not to leave young children alone unsupervised as the act could be considered neglect under the Child Act 2001.

Meanwhile, the Alliance for Safe Community said extra safety measures in high-rise buildings are essential to prevent children from falling out of apartments or condominiums.

Its chairman, Tan Sri Lee Lam Thye, said child safety should be a priority given the growing number of children falling from high-rise buildings.

According to her, the Uniform Building By-Laws 1984 established that balcony railings (of high-rise buildings) cannot be less than one meter high.

Zuraida said the ministry will review the structure to see if the specifications of the law need to be changed.

The Children’s Act 2001 (Act 611) is the country’s legislation for the protection, care and rehabilitation of children.

The idea is that children are best cared for by their families unless intervention is needed for the child’s safety and well-being.

The law incorporates the fundamental principles of non-discrimination, the best interests of the child, the right to life, survival and development, and respect for the views of the child.

The Children’s Act 2001 defines a ‘child’ as a person under the age of eighteen.

With regard to criminal proceedings, article 82 of the Penal Code [Act 374] stipulates that the minimum age of criminal responsibility is ten years. Launch of the Embassy Suites Condominium Hotel project in Orlando

Horizon West Condominium evacuates in Waukesha and could collapse