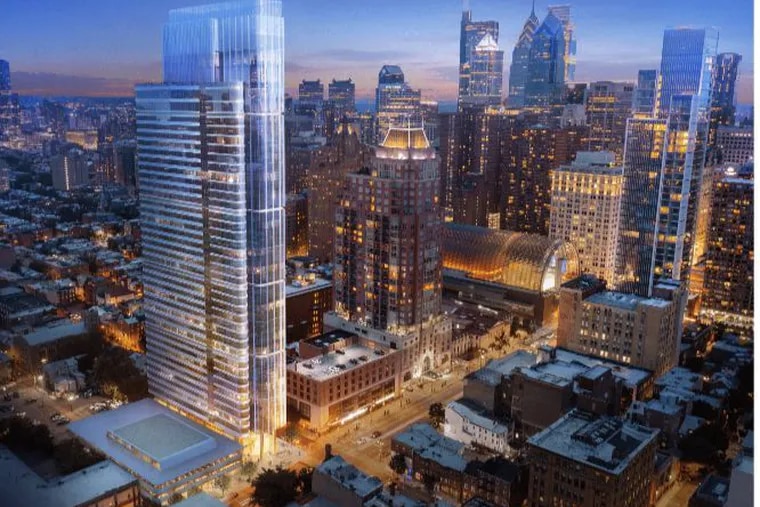 A new 43-story residential tower is heading downtown, bringing 468 new apartments to the intersection of Broad and Lombard streets.

New renderings from the Goldenberg Group place the proposed tower in the context of the neighboring Symphony House condo tower. The new images highlight its glass facade next to the historically protected building that housed the city’s District Health Center One.

The residential tower would be built on a narrow-surface parking lot, while the now-defunct municipal health center would be redeveloped into commercial and retail space. It also includes underground parking for 30 vehicles and more than 200 bicycles.

The Goldenberg Group would not comment on the new renderings, which will be discussed at a public meeting on August 2, before the Civic Design Review Panel. This panel of architects, developers and other city-appointed experts will debate the merits of Goldenberg’s plans, although they only have the power to make suggestions and cannot force the developer to make changes. .

Apart from that, the final approval stages should be completed soon.

The city moved District Health Center One to South Philadelphia, and the Preservation Alliance of Greater Philadelphia nominated the low-slung modernist office structure for historic designation in 2017. At the time, critics argued that the action of the alliance would hamper new projects in this corner of Broad Street.

In the renderings, the Goldenberg Group highlights how the new apartment tower would work with its historically protected neighbor to the immediate south. The base of the building would be transparent to “provide respite to the historic health center”, while the design would “draw inspiration” from the old structure.

“There were concerns that we were limiting the redevelopment of the site by naming what was perceived by some to be an ugly, quirky and outdated building on a major corridor,” said Patrick Grossi, advocacy director at the Preservation Alliance. “This [design] validate what we have done. I’ve always been struck by cities like Montreal, where historic architecture and newly constructed buildings coexist. This is a good example of that in Philadelphia.

The residential tower planned by the Goldenberg Group is part of the recent history of South Broad Street in the city centre. In 2007, Carl Dranoff opened Symphony House, a 31-story luxury condo tower across Lombard Street from Health Center One. Although The Inquirer’s architecture critic Inga Saffron was critical of the building, it ushered in a new period of high-to-mid-rise residential construction in the corridor.

Since then, Dranoff has opened the Southstar Lofts condominiums in 2014 on Broad and South Streets and more recently the 47-story Arthaus luxury tower on Broad and Spruce.

The project of the Goldenberg group is distinguished by the fact that it is not developed by Dranoff and that it would respond to the rental market. While not affordable housing by any means, Broad and Lombard’s tower will likely target a different demographic from the “silver tsunami” of wealthy empty nests for which Dranoff designed his skyscrapers.

“Carl Dranoff really pioneered South Broad Street as a major residential site, and now other people have joined him,” said Paul Levy, chairman of the Center City District. He notes that the downtown population has increased during the pandemic and most new downtown apartment buildings are over 95% occupancy.

“I’m optimistic about developments like this,” Levy said. “There will be a limit at some point, but we haven’t reached it yet.” 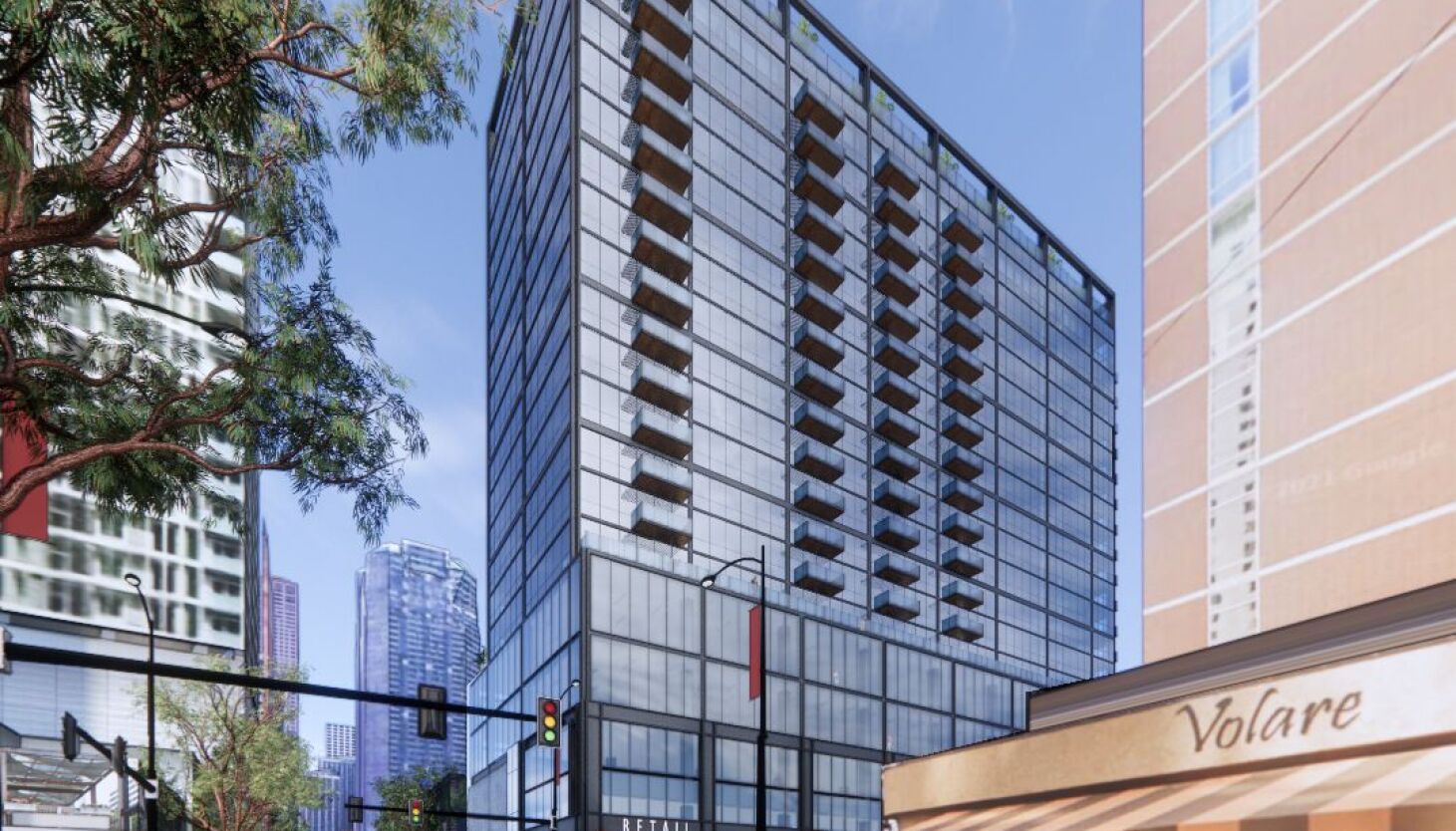