Developers of the former Brandon House property in Ancaster are preparing a new plan for the site at the corner of Wilson Street East and Rousseaux Street.

But a lack of details on an updated plan was cause for concern for Ancaster Coun. Lloyd Ferguson and members of his Community Advisory Board at a meeting on May 1.

Working on behalf of the developer, Brenda Khes, Senior Associate Planner for GSP Group Inc., presented the same plan previously submitted to the Hamilton Planning Committee in February for a mixed-use residential and commercial development at 442, 450, 454 and 462 Wilson St.E.

Aaron Waxman, partner and managing director of IronPoint Capital Management, had proposed a plan for a six-story condominium building with 161 residential units, which failed to gain support from city planning staff.

Calling the 2.5-storey height limit of the Ancaster Wilson Street secondary plan “unnecessarily restrictive,” Khes said the development team came to the community council meeting to get further feedback on the plan. , in preparation for a revised proposal.

“What you see here tonight, which I present, will not be the final plan,” Khes said.

Khes said the developer is planning a follow-up meeting on May 25 to present another proposal.

In its current state, the development will occupy the southeast corner of Rue Rousseaux and Rue Wilson Est, combining four properties, including the vacant site of the former Brandon House. The buildings at 450 and 442 Wilson St. E. would be retained for commercial use, while 454 Wilson St. E. would be demolished to provide more open amenity space and the possibility of wider sidewalks on Rousseaux.

While declining to specifically address building height, Waxman said developers were aiming for a condominium plan ranging from 140 to 152 units. He said the proposed condominiums would be primarily two-bedroom units, aimed at younger retirees between the ages of 55 and 79.

“Size is almost secondary here,” he told the committee. “Traffic is the thing we hear the most about.”

The developer exceeds the underground parking requirement, Waxman noted, and proposed to extend the left turn lane from Rousseaux to Wilson and restrict the development’s left turns onto Rousseaux.

Area resident and community council member Wendi VanExan said traffic in the area was already problematic, recounting a recent incident where she was nearly hit by a vehicle at the corner of Rousseaux and Academy streets.

“Everyone in Ancaster knows what happens in Ancaster when there’s a problem on the 403,” she said.

“The policy documents encourage us to have more (density)… especially with the decision of the council not to expand its urban limits. So you’re going to have to see increased pressure on what’s happening within those urban limits,” she said.

But after listening to the developer’s presentation, Ferguson was dismayed that a new plan wasn’t on the table. Its advisory committee, which was holding its first in-person meeting in two years, anticipated a different plan from the one presented to the planning committee in February and a subsequent community meeting on April 20.

“Why is it a big secret, what you are proposing? Ferguson asked.

“Because we haven’t finished,” Khes replied.

Waxman added, “We’re not going to do a knee-jerk reaction because people want to see the end result. We will take our time, be thorough and be diligent to ensure we assess all stakeholder needs. Because what we offer now will be our final kick in the box.

A development plan follow-up meeting is tentatively scheduled for May 25 at Old Town Hall in Ancaster.

Cryptocurrency and the New York Co-op and Condominium Markets 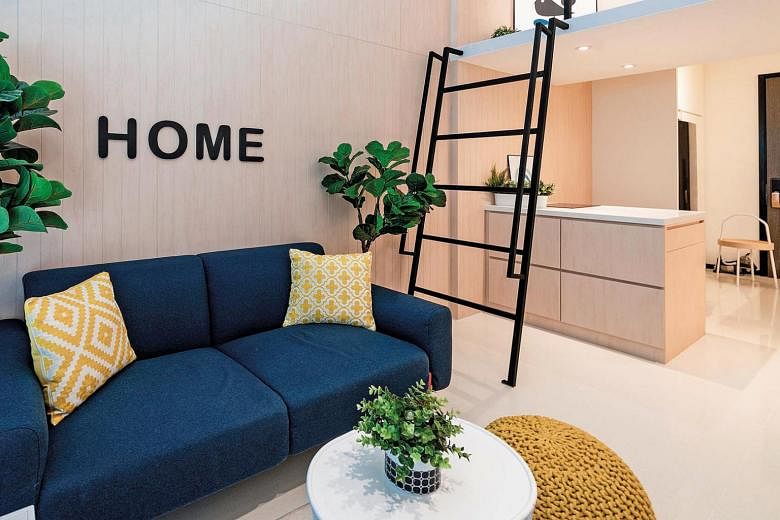 The Chic Home: Compact one bedroom condominium full of surprises Condominium deconversions: more viable than ever in the post-pandemic world