A Lincoln Park townhouse built for a Titanic survivor hits the market in two separate listings for $7.65 million and $5.65 million.

Titanic survivor Emily Ryerson commissioned architects Henry Corwith Dangler and David Adler to build the house at 2700 N. Lakeview, according to the New York Post. It was completed in 1917 and was originally a residence. Currently the property is divided into two houses, each for sale.

Wendy Berg of Baird & Warner is the listing agent for the properties.

The house was built as part of a group of four Georgian houses, according to Chicago Historic Preservation Society. They were built for a group of friends, including Ryerson.

Ryerson was an American who survived the sinking of the RMS Titanic on April 15, 1912, according to the Post. She and her three children, Suzette, Emily and John managed to get to safety, but her husband, Arthur, died in the accident.

The four-story building is now divided into two condos, one on the first two floors and the other on the third and fourth floors.

The 6,500 square foot lower unit is listed at $7.65 million. The five-bedroom, four-bathroom home features a grand hall with marble checkerboard flooring and restored columns as well as a three-car garage, two mudrooms and a large family room.

The top 5,200 square foot unit is listed at $5.65 million. It includes four bedrooms, three bathrooms, a heated garage for 2.5 cars and an 800 square foot terrace.

The four townhouses are connected and overlook Lincoln Park and have historic designation. Six houses were originally planned for the site, but the death of one of the architects as well as US involvement in World War I prevented the construction of the final two houses. While the homes are in Chicago’s upscale Lincoln Park neighborhood, the site was considered old-fashioned at the time, a far cry from the Gold Coast, then the center of wealth and society, according to the Historic Preservation Society. 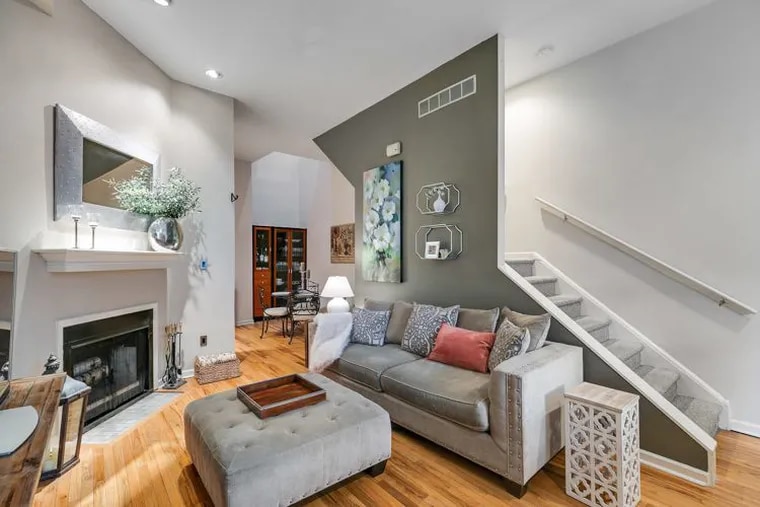 A two-bedroom townhouse with views of the Philadelphia skyline for $585,000 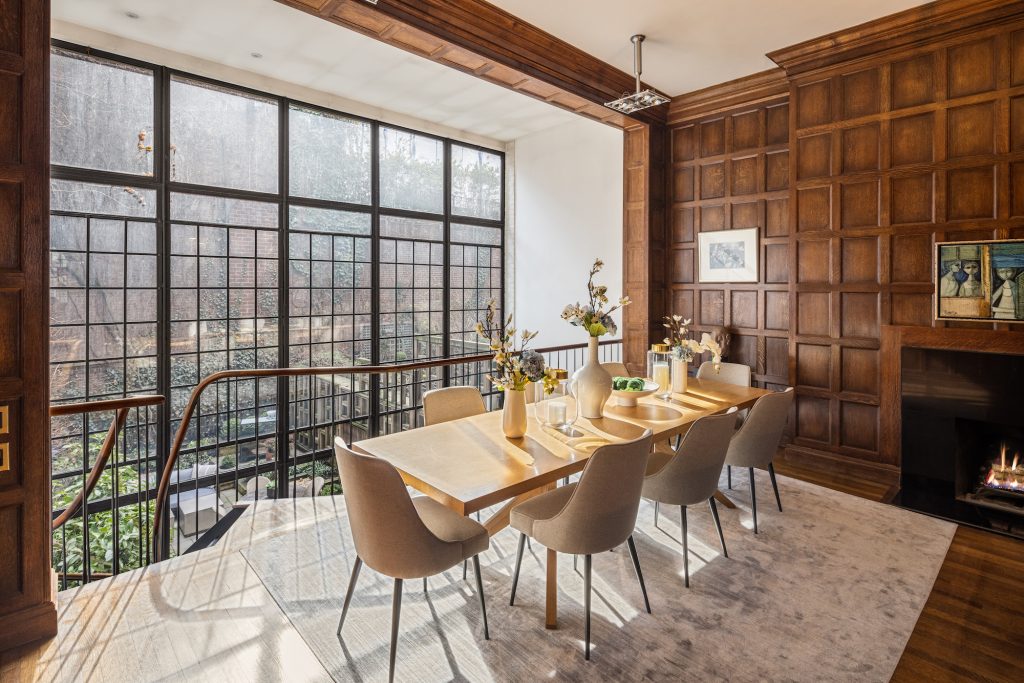 This $16 million Upper East Side townhouse looks like a small town on seven levels, with a basketball court at the top 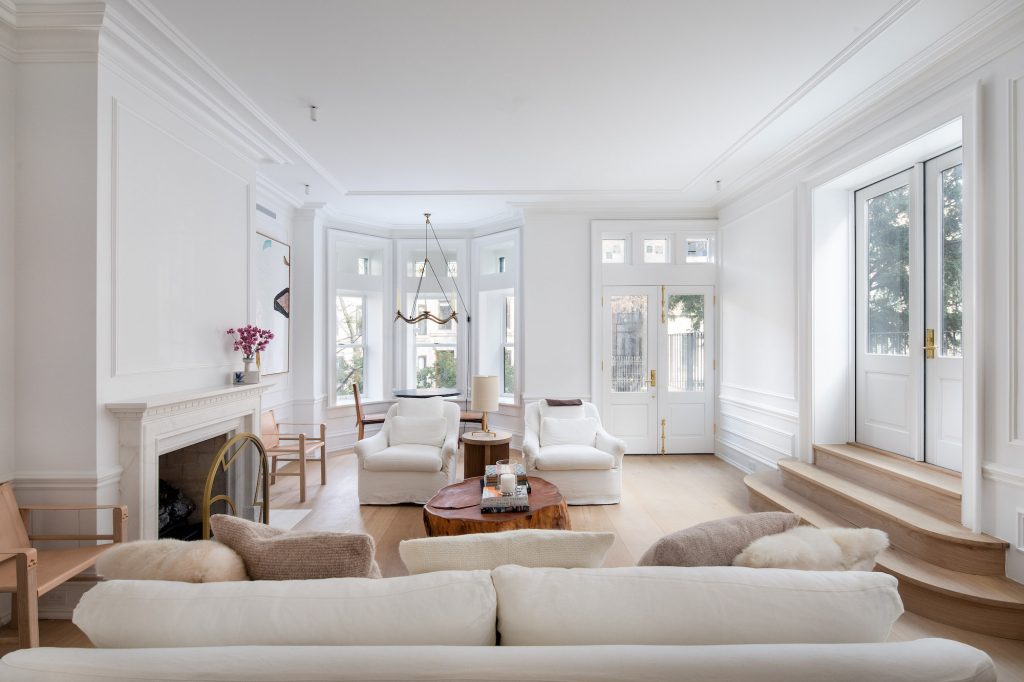 $12million Park Slope townhouse with four decks, garage and gym was once made up of eight apartments 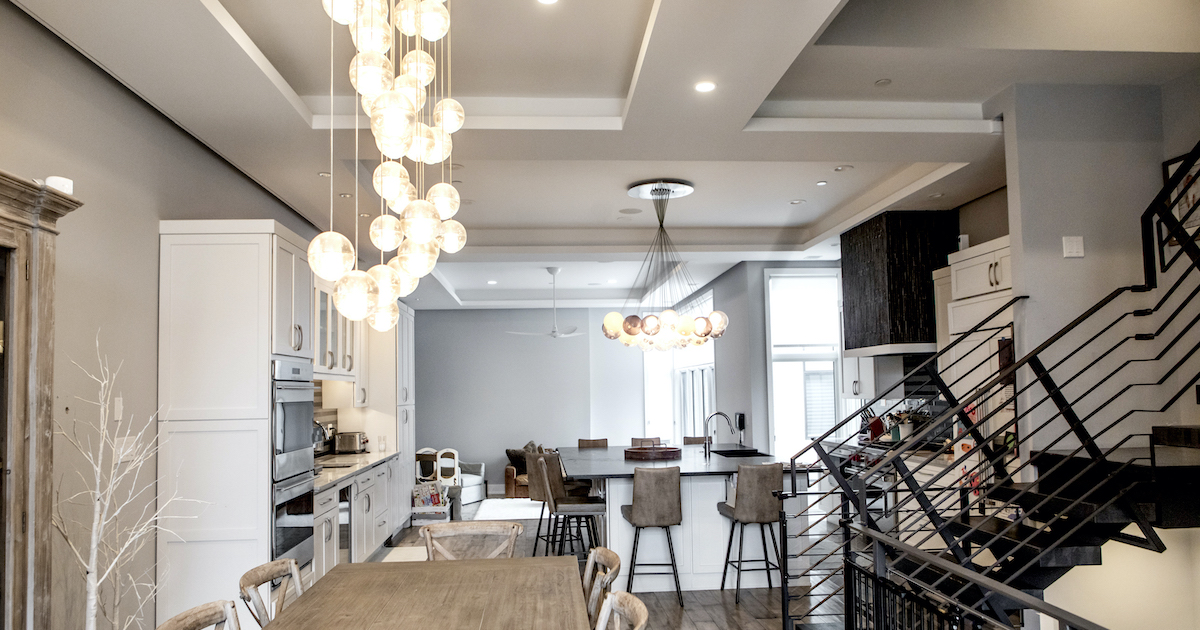