A historic former hall, now a Grade II listed house, has gone on sale for an indicative price of £575,000.

No. 33 St George’s Street, Norwich, was once part of the former great hall of Bacon House, a late medieval ecclesiastical building built by Henry Bacon, a wealthy wool merchant.

He later became both Sheriff and then Mayor of Norwich and provided shelter for John Dudley, the first Earl of Warwick, in the house during Kett’s rebellion in the summer of 1549.

Since then the property has also been lived in by two other Norwich Mayors and Sheriffs and is one of a handful of former merchants’ houses remaining in medieval Norwich.

The property was converted into a three-storey town house in Georgian times, although much of its original medieval interior remains, including a Norman-style stone arch in the entrance hall and the impressive wooden ceilings in the bedrooms upstairs.

The kitchen is bright and airy thanks to its semi-open design
– Credit: Strutt & Parker

There are four bedrooms in total, as well as a spacious entrance hall and a semi-open kitchen which includes bespoke solid wood units.

The living room is elegant, with wooden floors and sash windows and shutters and upstairs there is a gallery landing which leads to a family bathroom and two double bedrooms.

Inside one of the four bedrooms, with medieval wooden beams
– Credit: Strutt & Parker

Due to its age and architectural significance, the property is Grade II listed.
– Credit: Strutt & Parker

Inside the bathroom
– Credit: Strutt & Parker

There is a common courtyard at the back
– Credit: Strutt & Parker

Two additional bedrooms are located on the second floor, and outside there is a common year-round courtyard.

A designated parking space is available in Lowes Yard. 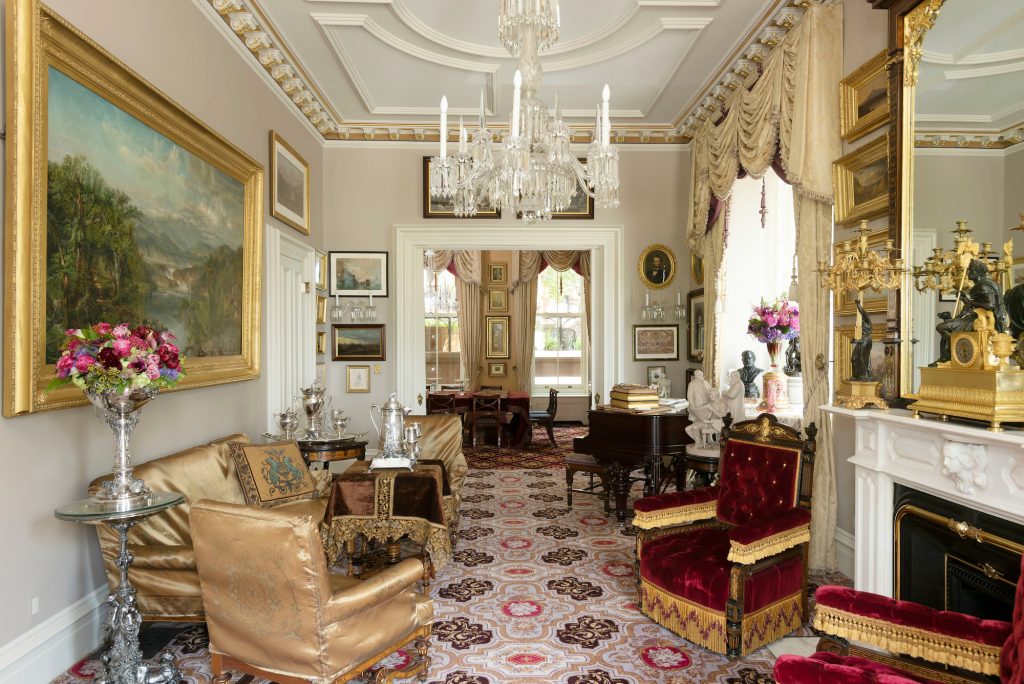