A 180-year-old townhouse in historic Charlton-King-Vandam, a small sub-district between Hudson Square and Soho, has sold for a record price.

The townhouse market has been strong this year for newly renovated turnkey properties. Historic townhouses dominated Brooklyn’s luxury market this summer, and in May a Passive House in Fort Greene landed a record deal for the neighborhood.

The Vandam Street home has 1,200 square feet of outdoor space. The garden level has a bar and a fireplace in the living room. The master suite, which occupies the entire third floor, has a terrace. The house, built in 1823, stands on the old Richmond Hill estate, from where George Washington oversaw parts of the Revolutionary War and where John Adams later resided.

Compass listing agents Rachel Glazer and Cassie Glover previously said they were considering buying the property off the market before deciding to list it to take advantage of the end of the spring season.

Howard shares a daughter with her boyfriend Ben Lovett, a founding member of Mumford & Sons. He is the second musician linked to the British folk rock band to move to midtown Manhattan after former banjoist Winston Marshall bought a $3.2 million three-bedroom co-op in 2015 at 237 Lafayette Street in Nolita. 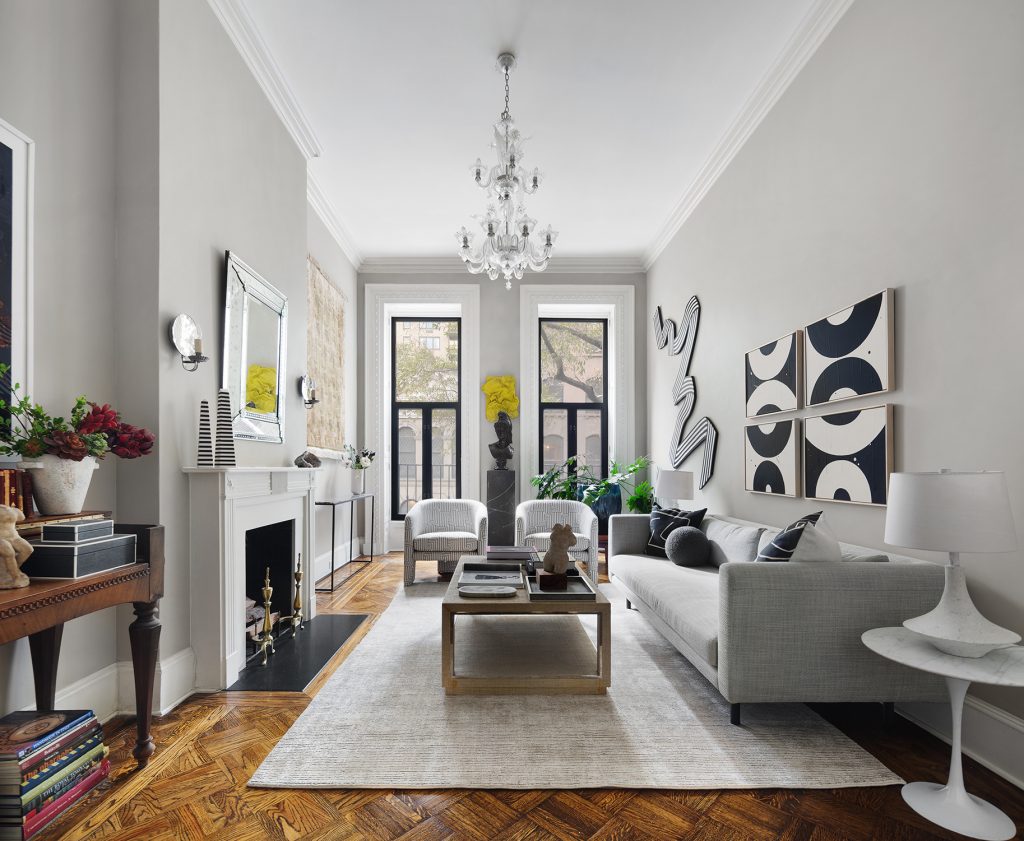 Inside a bustling West Village townhouse designed by Julie Hillman