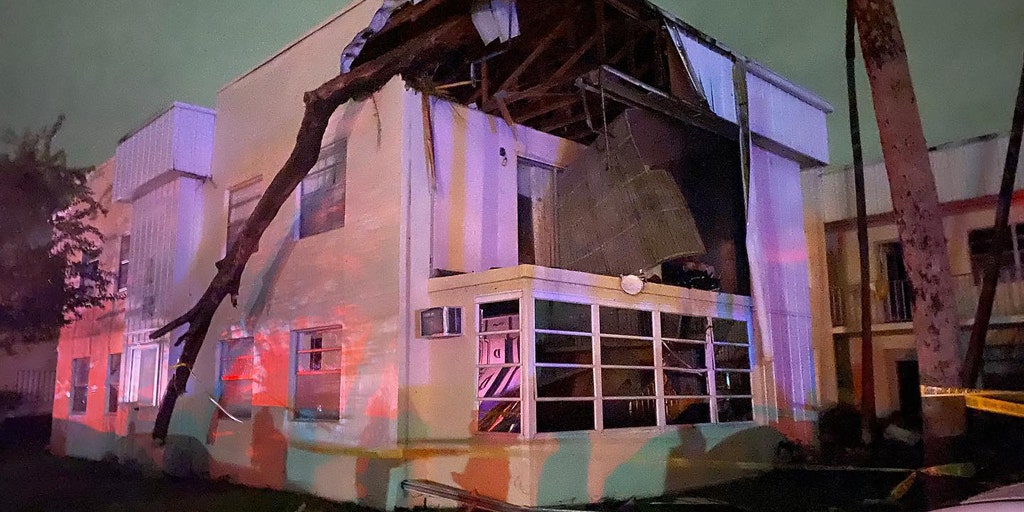 Along with Andrew, Michael, Charley and Labor Day Hurricane, Ian will be one of the strongest hurricanes to ever make landfall in Florida.

Visit the FOX Weather Wire for live updates on Ian as he leaves Florida. Click here for the latest forecasts, power outages and more.

DELRAY BEACH, Florida. – Two people were hospitalized and dozens were evacuated after a strong tornado damaged an apartment complex in Delray Beach, Florida on Tuesday.

As Hurricane Ian continued north toward Florida on Tuesday evening, multiple tornado warnings were issued across the southern part of the Sunshine State. The National Weather Service warned of a destructive tornado in Broward County around 7:30 p.m.

Palm Beach County Fire Department said a woman called 911 around 9:15 p.m. after a roof collapse left her trapped in the bathroom of an apartment building in the Kings Point neighborhood west of of Delray Beach. Crews who arrived at the scene said they encountered a lot of wind and damage.

Cars have been found overturned, moved and overturned. The roofs of several top floor apartments were blown off and the windows of buildings and cars were blown out. Trees were also snapped and blown into buildings, as firefighters cut down many downed trees to open roads.

The Miami National Weather Service completed a tornado investigation summary of the tornado and confirmed that the damage was caused by an EF-2 rated tornado with peak winds of 125 mph. An EF-2 tornado is considered strong on the Enhanced Fujita Scale with winds ranging between 111 and 135 mph.

According to the NWS report, the tornado began in Boca Raton near the Florida Atlantic University campus just before 9 p.m.

The 200-meter-wide tornado intensified after crossing Linton Boulevard and entering the community of Kings Point.

The NWS investigation team reported extensive damage to the condo building, trees and vehicles. The roof was completely removed from a two-story building.

Two people were injured when their roof collapsed, according to NWS Miami.

Hurricane Ian made landfall Wednesday afternoon as an intense Category 4 hurricane with winds of 150 mph. Radar imagery showed the eye moved ashore in Cayo Costa at 3:05 p.m. ET, according to the National Hurricane Center.