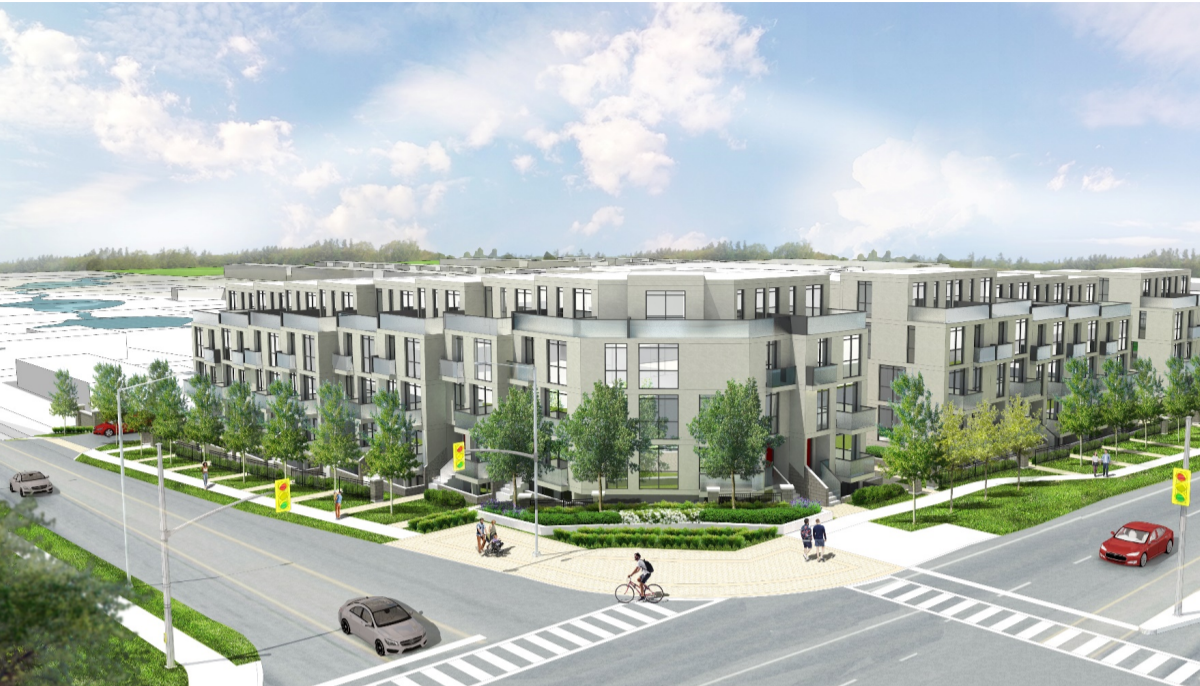 Newmarket Council heard presentations from the developer as well as residents on the proposed 88 townhouse development at 17680 Leslie Street.

The public planning meeting held on October 12 discussed the proposal to redesign the land from commercial to residential use to build a stacked townhouse complex. Council did not make a decision on the request but instead returned notes to planning staff.

Adam Layton of Evans Planning Inc., acting on behalf of 2491082 Ontario Inc., informed council of the plan for a building at Leslie Street and Wayne Drive.

“What is on offer are 88 townhouses stacked back to back in four blocks. The maximum height would be four stories and this would be a standard condominium tenure. Of the 88 units, they are typically split between two and three bedrooms, with some even being considered to accommodate elevators for accessible purposes, ”he said.

Primary access to the site, which would be a private driveway, is offered from Wayne Drive and access to the units would be at ground level, with some doors directly from Leslie Street.

Following the promoter’s presentation, two local residents made a deputation to the council.

Andrew Liddell, who said he has lived in the area for 20 years, opposes the request and said he would consider leaving if it goes ahead.

“My first objection is the height and number of units offered in such a small area,” he said. “There are 92 houses on Belfry, Hamilton and Burling Place – those are the three closest adjacent streets – in an area of ​​about 21 times the space in which they propose to put these 88 units.”

He also expressed concerns about additional traffic and noise in the neighborhood if the development is approved.

Liddell went on to say that this was not in line with the town plan and violated a number of bylaws.

“It puzzles me as to why this is even being considered,” he said.

Liddell has said he is not opposed to any development on the land, but hopes housing there will be “consistent with the existing neighborhood”.

Christine Tidman, who said her property is adjacent to the proposed development, also expressed her concerns to council.

“In recent years, concerns have been raised about the compatibility of new developments with existing neighborhoods. Our neighborhood experienced this firsthand, ”she said, adding that they usually have smaller homes on larger lots.

“It is clear that this proposal does not support or strengthen the character and identity of this neighborhood,” she said.

Like Liddell, Tidman expressed concerns about traffic, noise and also the impacts of the new development on his own property.

She said the vibrations offered during construction “will cause critical damage to our 60-year-old house and may harm us in the process.”

Tidman said the development would make life in his home dangerous during construction and called the risk to his property unacceptable.

She also expressed concerns about the height of the building affecting sun exposure and stormwater runoff directed to her property.

Jason Unger, director of planning and construction at the Town of Newmarket, said they will continue to review the studies submitted with the application and consider comments raised by the public today before making a recommendation to the advice at a later date.

“In terms of ongoing public participation opportunities, we will continue to receive feedback after today’s public meeting. We will have the opportunity to comment when we present our final report to a future Committee of the Whole, and then when that report goes to council. So at least three more opportunities for public input, ”he said.