Liberace’s West Hollywood townhouse is up for sale again – DIRT

Los Angeles is dotted with the haunts, hideouts and homes of big-screen stars from Hollywood’s Golden Age, when actors and actresses were usually hired under contract by almighty film and television studios. . To house their stable of up-and-coming men, young ingenues and guest stars, MGM Studios, founded in 1924, built The Shoreham, in West Hollywood.

An elegant Regency-inspired cluster of fifteen apartments and townhouses completed in 1937, brimming with old Hollywood glamor and serenely set behind iron gates amid peaceful gardens, brick terraces and koi ponds, the Immaculately maintained resort is tucked away on a cul-de-sac just above the bustling Sunset Plaza section of the Sunset Strip.

Tinseltowners who have passed through the complex at different stages of their careers include Janet Leigh, Fernando Lamas, Joan Fontaine, Veronica Lake, Marlene Dietrich and Olivia de Havilland, the latter of whom has lived in at least three different units.

Broadcast journalist Connie Chung once resided in a two-bedroom unit that had been occupied decades earlier by Vivian Vance and Farley Granger; Ava Gardner and Katherine Hepburn lived in the same one-bedroom apartment now owned by “Madam Secretary” actress Kathrine Herzer; and one of the grandest townhouses, once owned by Barbara Marx, fourth wife of Frank Sinatra, and in the 1970s the secret hideout of virtuoso pianist and flamboyantly celebrated showman Liberace, is now ready for its next resident.

Available through Drew Meyers and JJ Meyers from Westside Estate Agency at $2.88 million, the three-bedroom, three-and-a-half-bath townhouse originally listed last year at nearly $3.4 million. Unexpectedly surmounted by a massive terrace, the four-story townhouse retains many of the original architectural details such as the herringbone walnut floors, the delicately cut wrought iron banister and the ornate marble fireplace ( converted to gas). Brooklyn Townhouse is the most expensive rental in the borough at $ 30,000 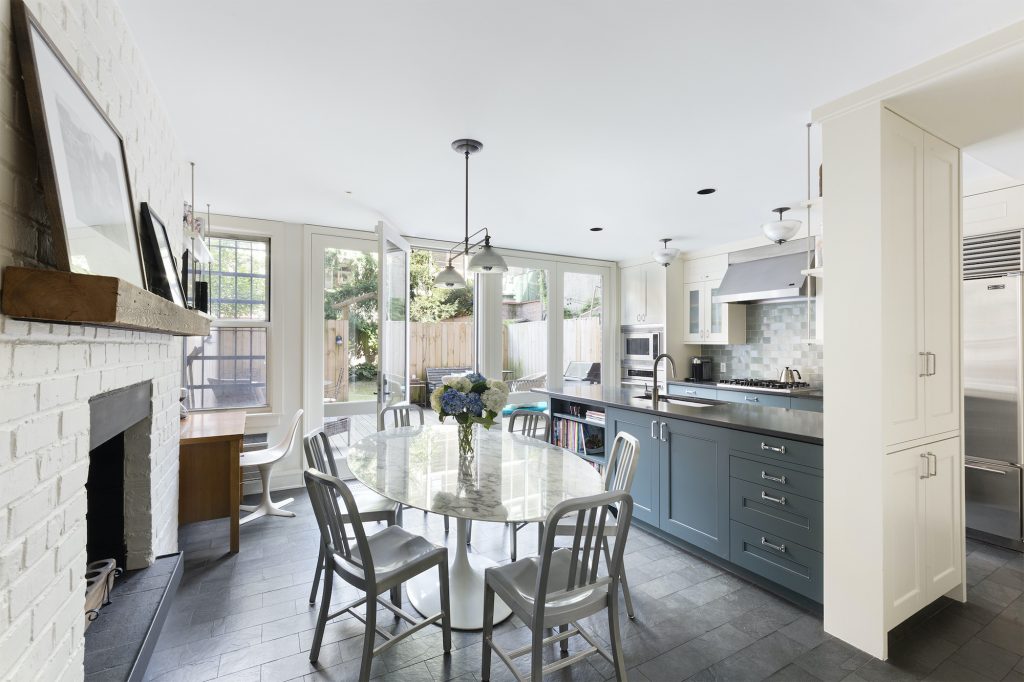 Townhouse Combined with Co-op Convenience in This Unique $4.7M Upper West Side Residence