The Landmarks Preservation Commission (LPC) has approved Lang Architecture’s proposals to renovate the facade and front garden of a five-story townhouse on Manhattan’s Upper West Side. Located at 51 West 70th Street between Central Park West and Columbus Avenue, the townhouse was originally built by architect Gilbert A. Schellenger between 1890 and 1891 in a Renaissance Revival style.

The approved scope of work includes the removal and filling of all existing air conditioning cavities and other unused mechanical openings, the removal and replacement of existing windows and the installation of new entrance doors, as well as new gates and railings surrounding the property.

The architect’s drawings also reveal a complete demolition of a roof-level penthouse, which will be replaced with an updated addition featuring a large fixed window and swing door. At the rear of the building, the penthouse and first floor will include an outdoor terrace with a metal railing. 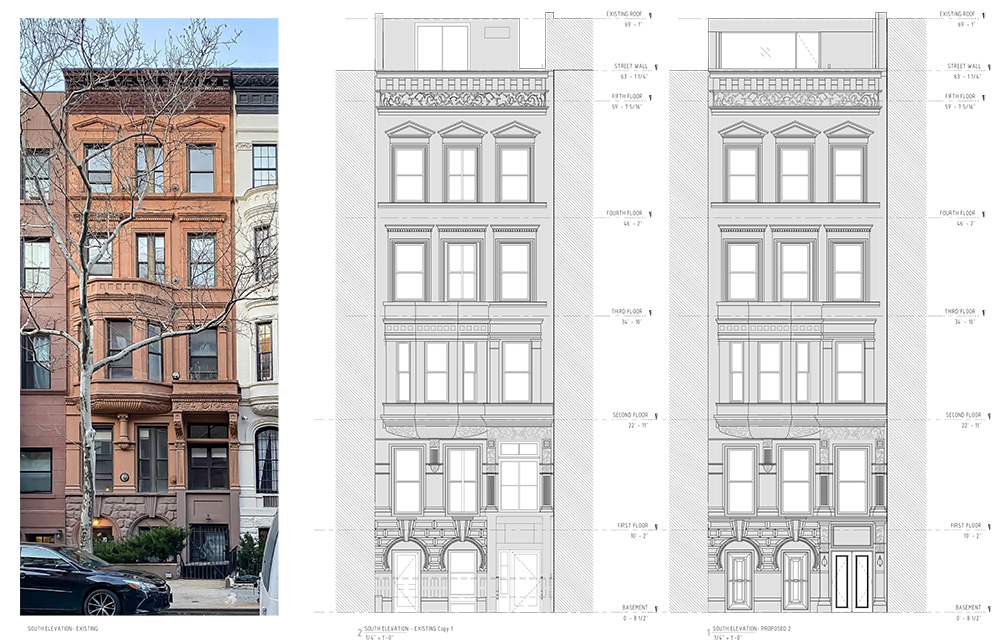 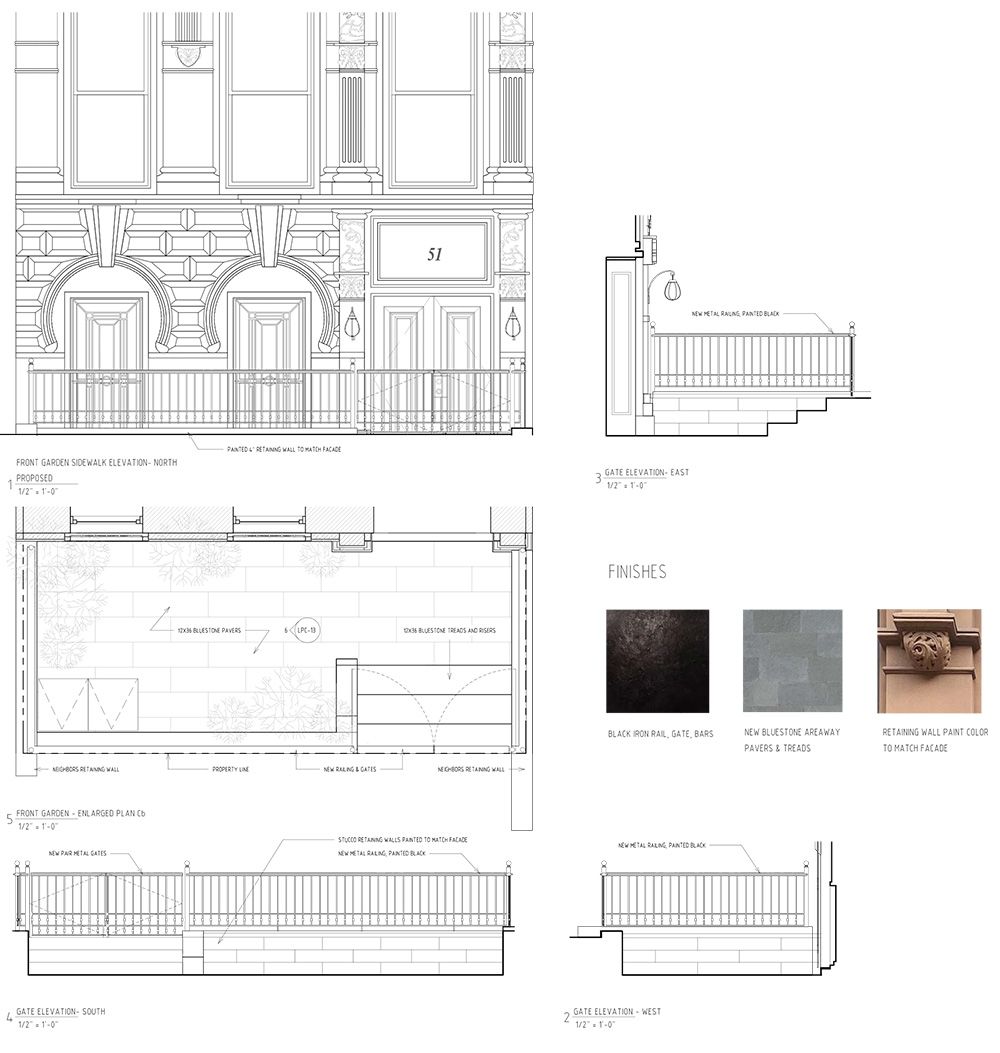 Although approved by the LPC, the project team did not reveal an official construction schedule for the renovation project. 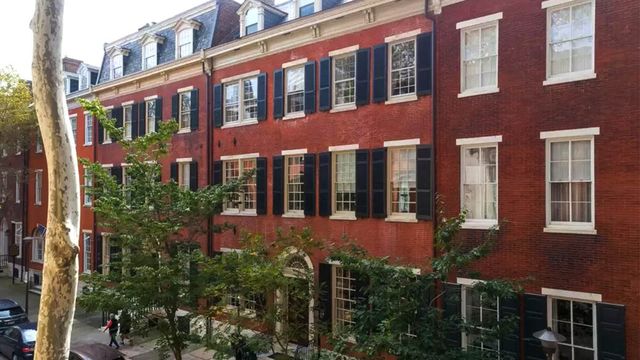 Philadelphia townhouse featured in ‘Trading Places’ is listed for $6.95 million