Rendering of Arena Brownstone Living at the corner of Arena Boulevard and East Commerce Way by IDEArc Architecture + Planning.

Plans for a new condominium complex adjacent to the former Natomas arena site were recently submitted to the City of Sacramento.

Folsom-based Rick Engineering Co. has submitted an application to build a 282-unit community at market price on approximately 8 acres at the corner of Arena Boulevard and East Commerce Way. The project site is adjacent to the former Sleep Train Arena site and is bounded to the west by the Towne Place Suites hotel, to the north by the existing Sports Parkway, to the east by Ashton Park apartments and to the south by Arena Blvd. .

As proposed, the Arena Brownstone Living project would consist of 12 three-story buildings with bachelor, one- and two-bedroom units, ranging in size from 625 to 1,100 square feet. Most units have a private patio or balcony.

Planned community amenities include a clubhouse, swimming pool, spa, fitness center, barbecue areas, central green park and dog park in an open space that spans the width of the property. property. Eight garden courtyards are also proposed between the residential buildings, which would include outdoor lounges, barbecues and gathering spaces for residents.

There is also a proposed large open public space from the corner of Arena Boulevard and East Commerce Way northeast, approximately two-thirds of the way to Sports Parkway. According to the application, this open public space would function as a partition between the existing hotel and the proposed Arena Brownstone Living community and would include uses such as multipurpose playgrounds, picnic areas, as well as an area designed for accommodate a potential food court. truck lane.

Access to the new condominium complex would be through two existing entrances off Arena Boulevard and East Commerce Way, which currently provide access to the hotel and apartments. Parking for residences would be a combination of attached spaces in residential buildings, detached enclosed garages, and uncovered parking spaces for guests.

The applicant has applied for a conditional use permit to build above the 25% residential threshold currently permitted under the unit development guidelines provided for the area. The applicant is also requesting a change to the planned unit layout, a site plan and design review, and a draft condominium map. (A planned unit development includes zoning guidelines that define permitted uses within a specific area of ​​land.)

In 2017, the project site received land use rights for a hotel, 300,000 square feet of office space, and 8,000 square feet of retail. The hotel opened in July 2020, and the office lots — where the condos are proposed to be built — are underdeveloped and vacant.

“Given the continued decline in economic viability of new office development in the post-Covid 19 environment, the project applicant is seeking to rebrand the property for residential purposes,” reads the project description submitted to the city.

Project representatives are expected to make a presentation at an upcoming meeting of the North Natomas Community Coalition. 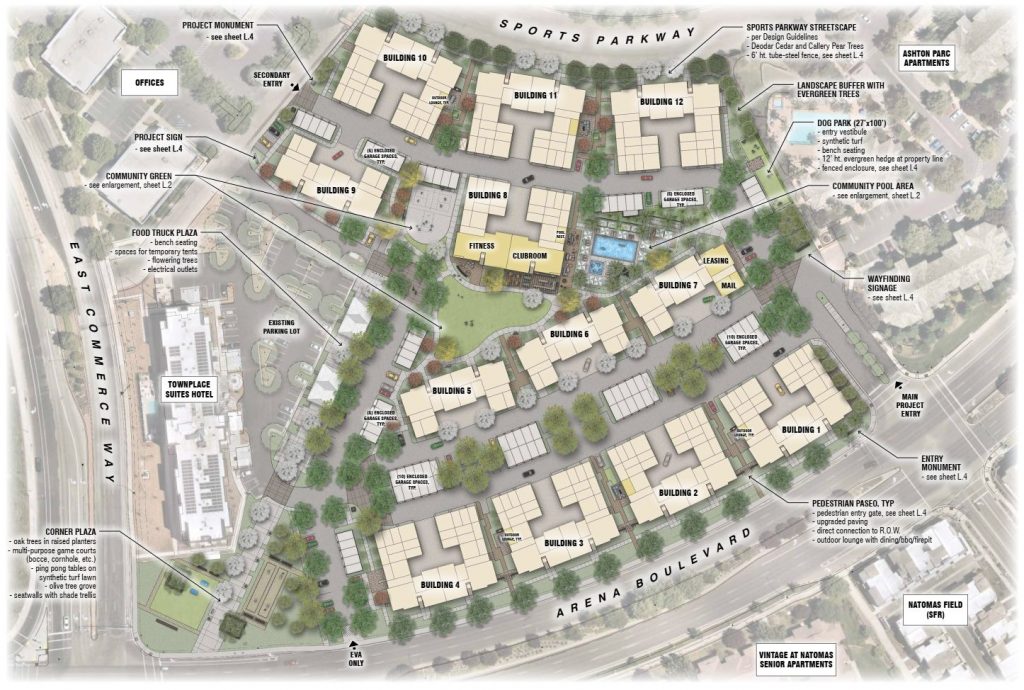 Rendering of Arena Brownstone Living at the corner of Arena Boulevard and East Commerce Way by IDEArc Architecture + Planning. 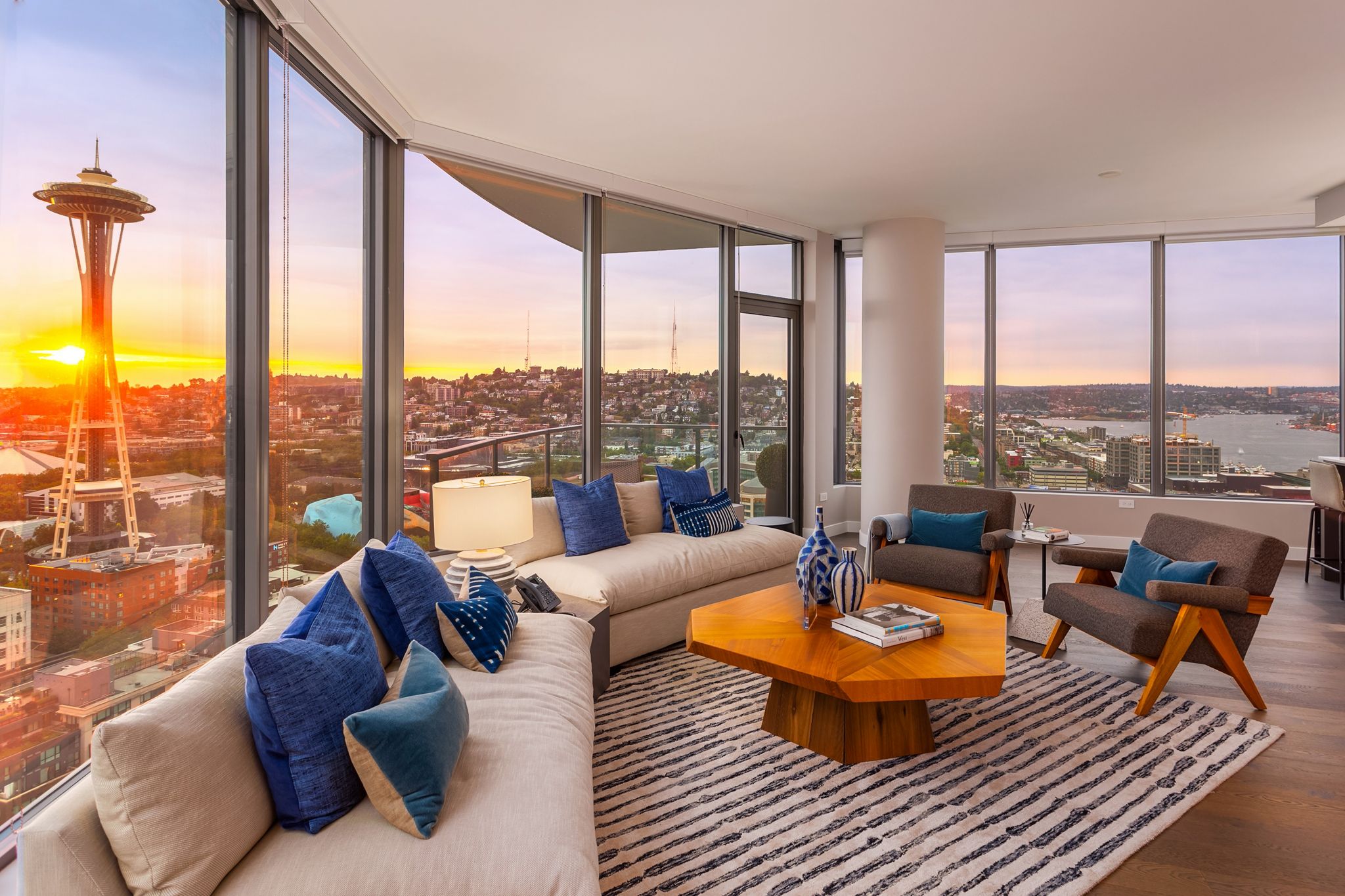