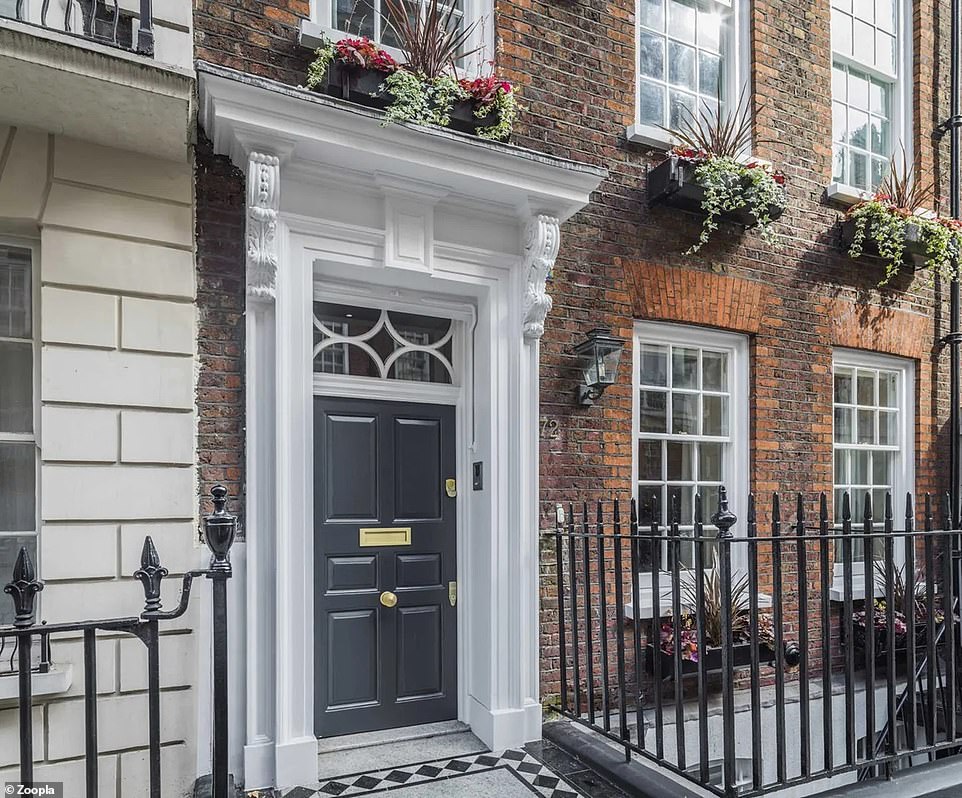 A £10million townhouse in London’s upscale Mayfair has come on the market after being renovated to strict Historic England guidelines.

The guidelines are used in historic buildings and relate to everything from structural issues to simple fixings, given that it is Grade II* listed.

In this upscale family home, guidelines helped shape the finished look of the beautifully designed interior.

The luxury townhouse is in London’s affluent Mayfair and is being sold by Rokstone estate agents for £10million. 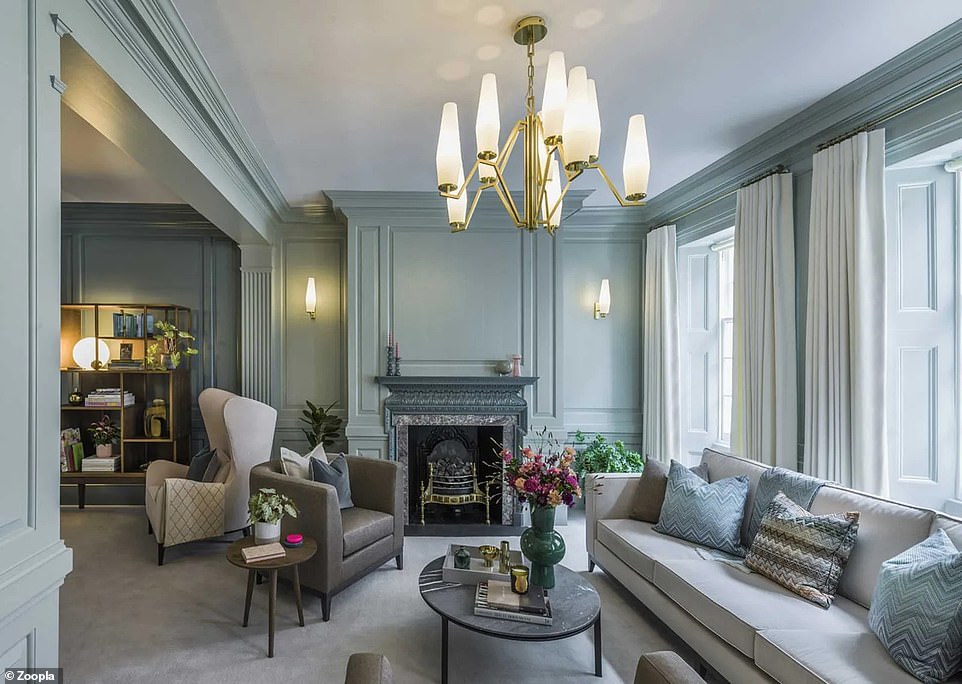 The property was built 300 years ago, with the recent renovation being approached with great care.

The local council and Historic England have worked with the current owner’s architect to ensure some missing details have been restored.

These included paneling and coffered cornices which were reinstalled in the front drawing room and library, following Historic England guidelines.

Some panels are original. It was stripped and then the new panels were closely matched before being installed. Much of the work will have been done by hand.

Historical England explained that early examples of interior features were often hand-made, but by the late 18th century and into the 19th century features such as stair balusters would be machined. 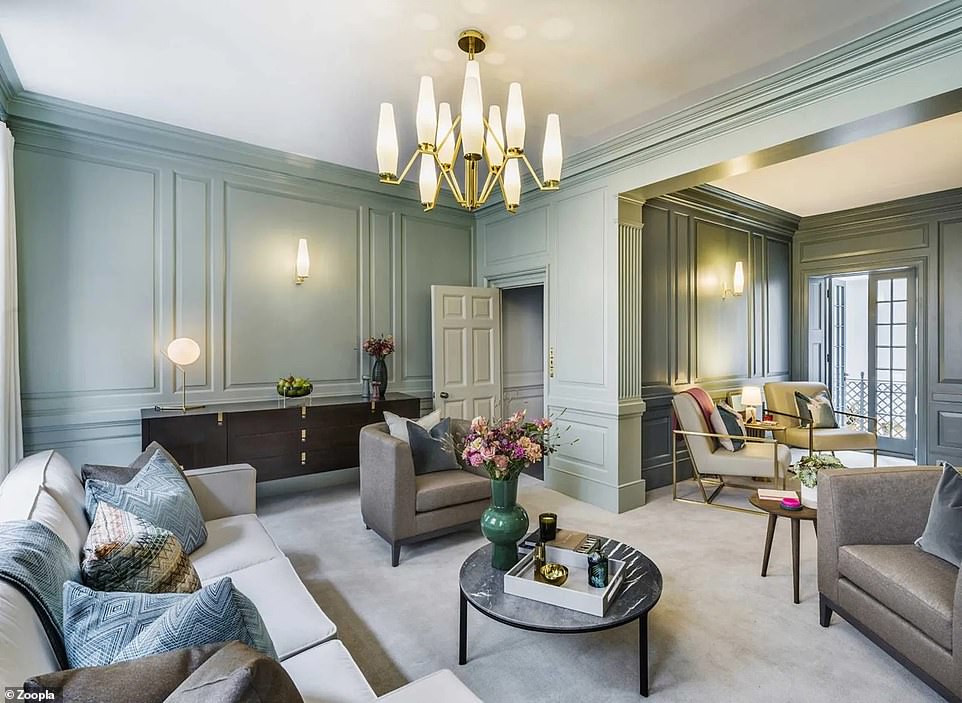 There is paneling on several floors, including in the double reception area on the first floor (pictured) 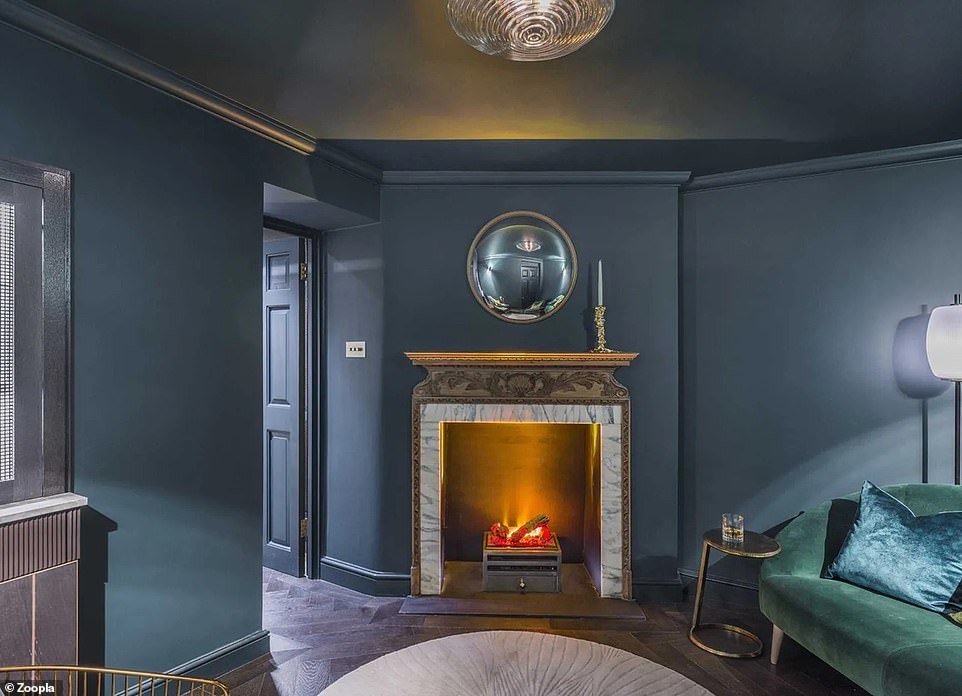 The property has a few decorative fireplaces in several rooms, including this one surrounded by dark colored walls 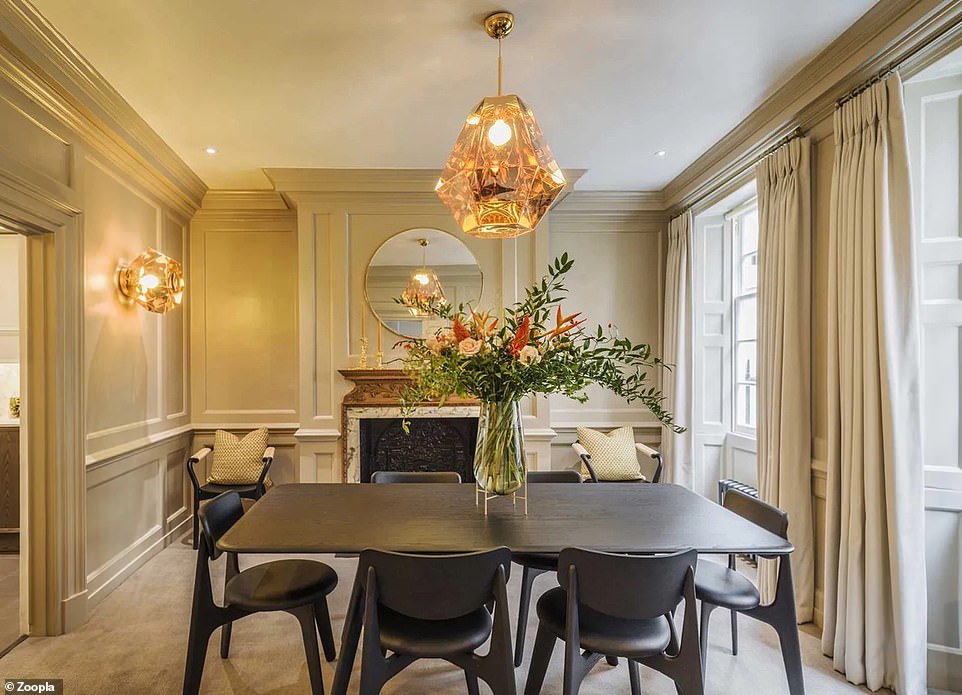 The guidelines are often confused with the fact that they come from English heritage. But in April 2015, English Heritage split into two organisations.

One was the English Heritage charity which looks after over 400 historic places, including stone circles, abbeys and historic houses. The other is Historic England, a public body which advises on listed buildings.

The latter explained that the Mayfair property is Grade II* listed, meaning it has greater heritage significance compared to its merely Grade II listed neighbors and that very few buildings fall into this category.

He went on to describe the townhouse as a “very special building”. This is due to the ground, first and second floors – which are higher than normal in a house of this type and age.

He added that the house is unusual because it has “a less hierarchical interior” with paneling even on its less prestigious upper floors.

Alfie Stroud of Historic England said: “London’s historic homes are so important to the character and heritage of the city, and we hope our advice will help homeowners preserve their important interiors.” 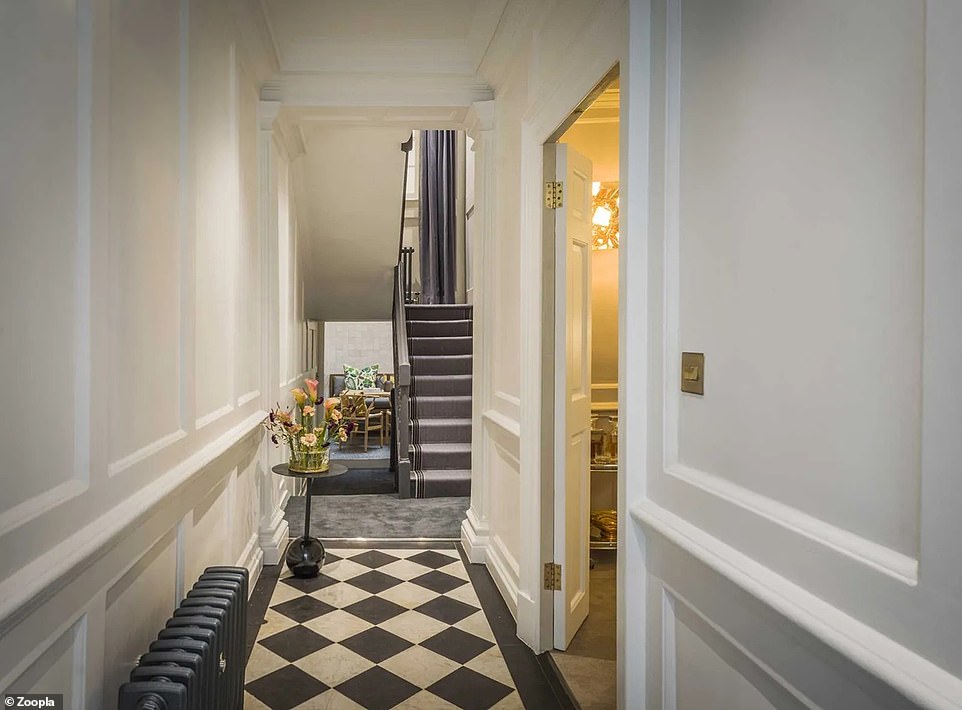 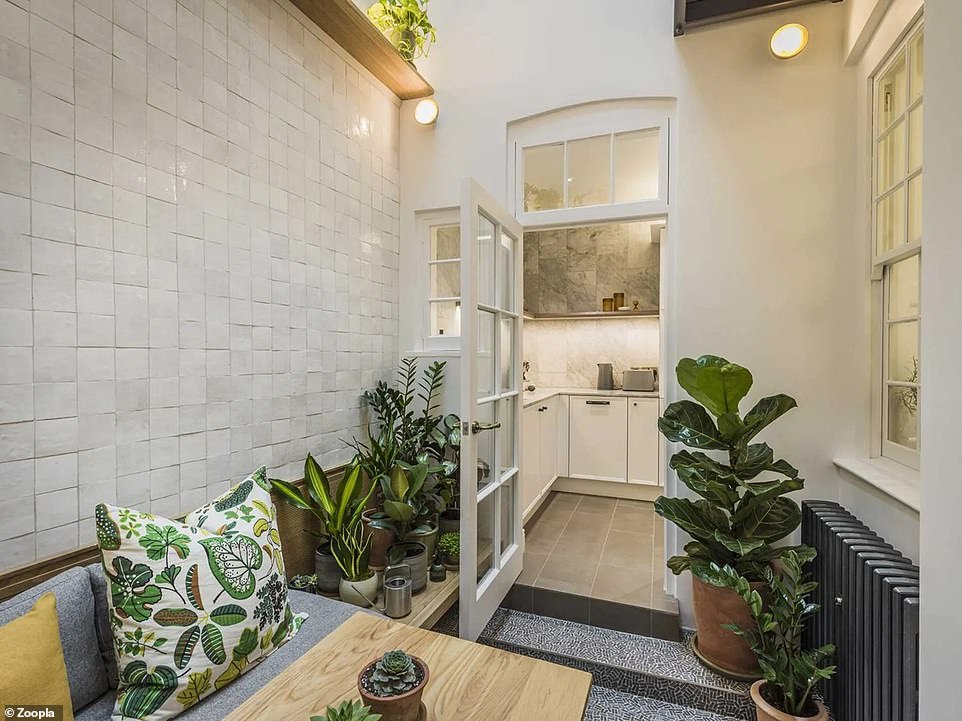 The unusual breakfast room has room for a small table and chair, and is filled with plants against a tiled wall background 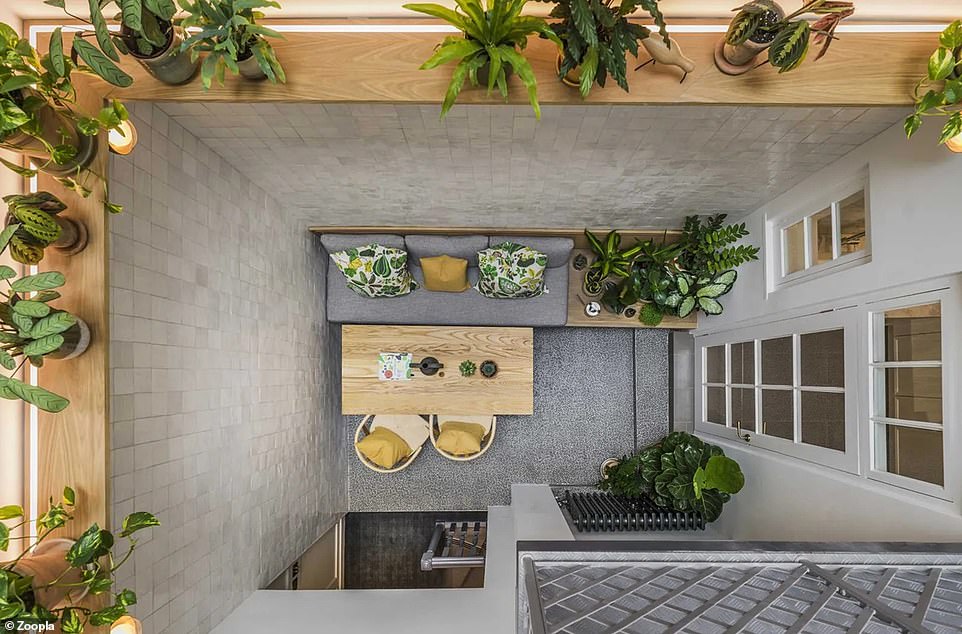 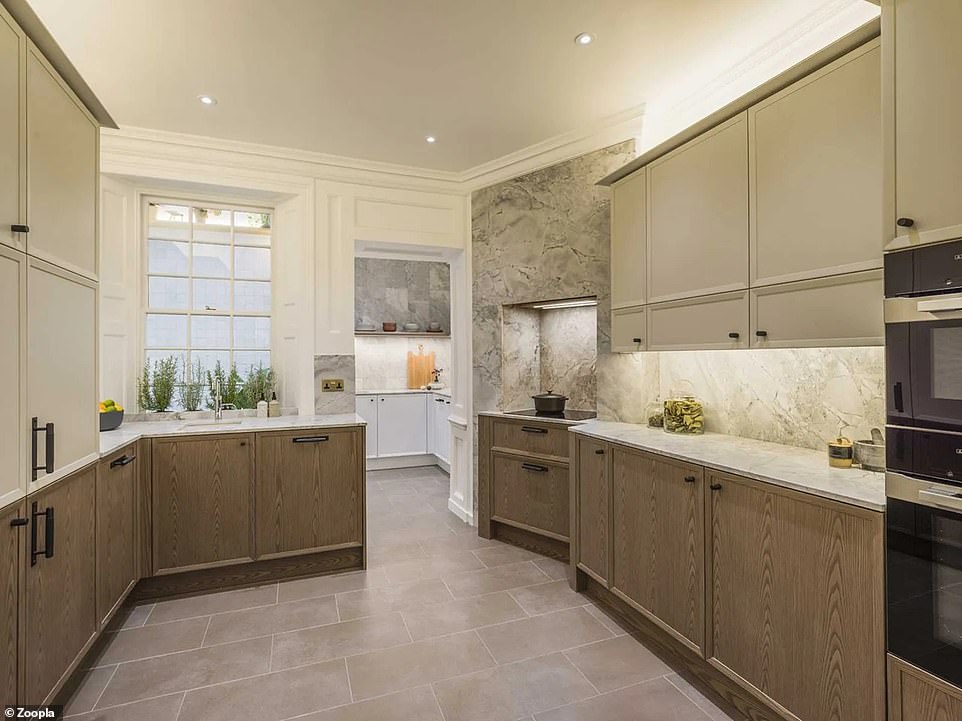 The extra effort made to retain the property’s historic feel doesn’t mean modern luxuries have been compromised.

They include a bespoke bar with a wine cellar and a vaulted wine cellar.

Meanwhile, the property’s kitchen has quartz worktops, Miele appliances and a Quaker boiler.

Other features of the property include an indoor balcony in the library with views over the Mayfair skyline and numerous sash windows – with the largest windows on the ground floor and first floor of this five-storey house.

The property was built by bricklayer John Barnes and was once occupied by landscape painter WJ Poole, who lived in the house between 1817 and 1822. 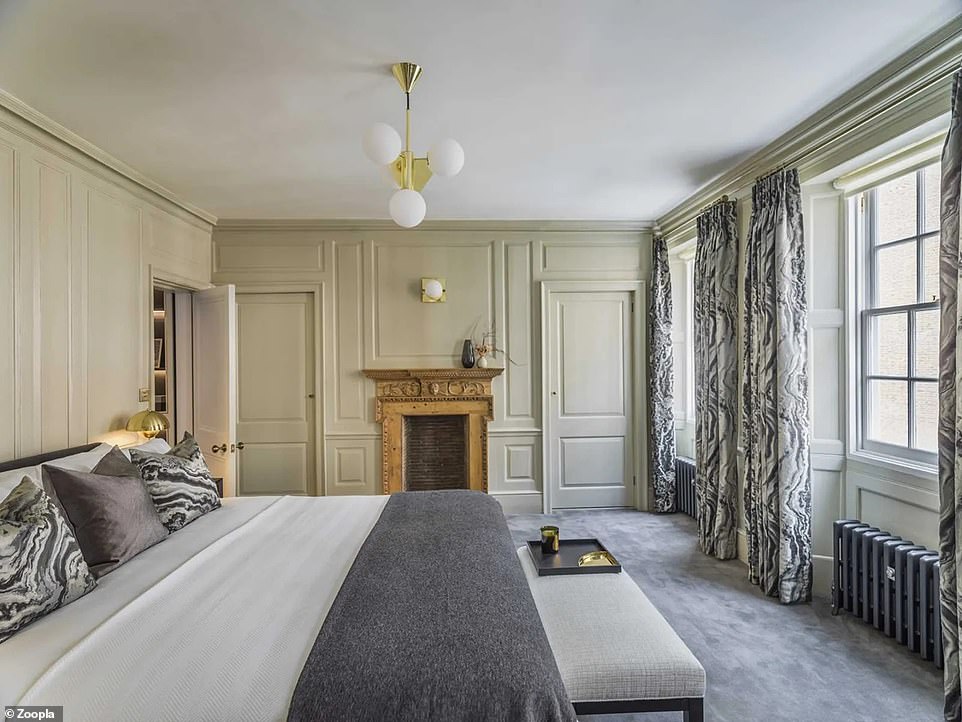 The property is on Park Street, the longest street in Mayfair which runs from Oxford Street to South Street, and runs parallel to Park Lane.

The area retains its conservation status due to its rich architectural heritage and high number of listed buildings.

The £10million townhouse has four bedrooms and is being sold by Rokstone estate agents.

It compares to £312,201 for the whole country, according to property website Zoopla. 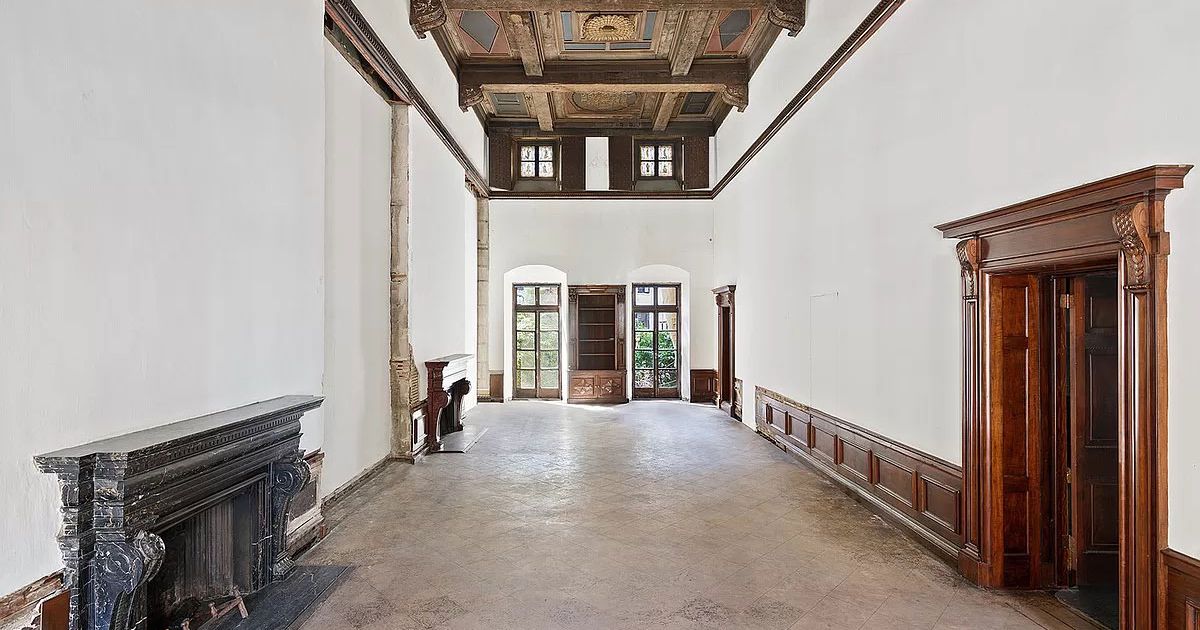 Olivier Sarkozy’s Turtle Bay townhouse back on the market 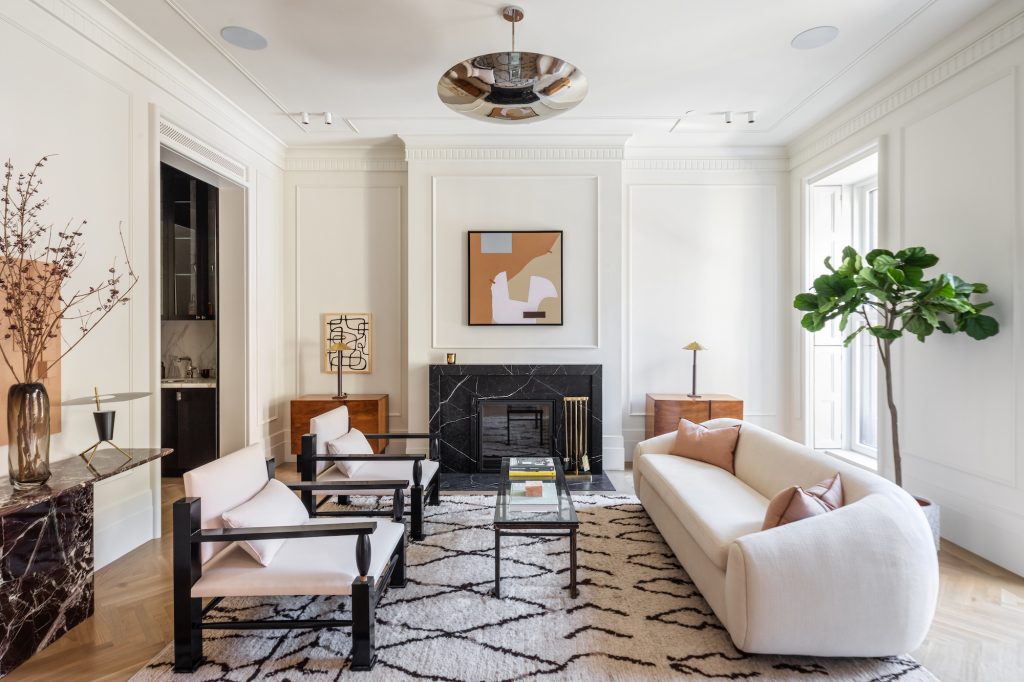 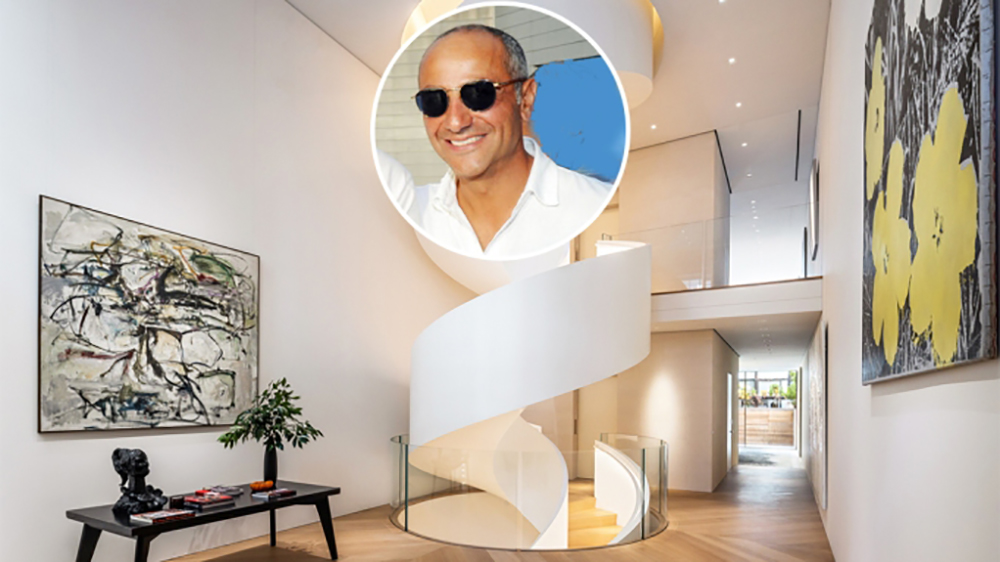