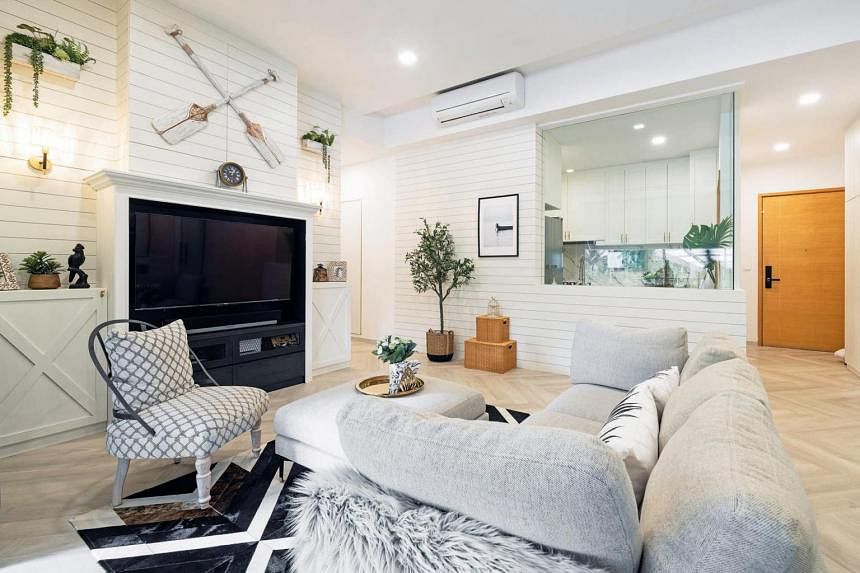 The Chic Home: rustic beach vibe in a four-bedroom condominium

SINGAPORE – Mr. Patrice Lo, commercial director in the finance sector, wanted his four-room, 150 m² condominium in the west of Singapore to have the atmosphere of the seaside resorts of Mauritius.

“We wanted a relaxed, bright and open resort style; simple, but also a bit luxurious at the same time,” says Mr. Lo, a Mauritian based in Singapore.

Whenever he and his Canadian wife Josie Law visit Mauritius, they spend time at the beach resorts. The couple are 39 and have three young children.

Ms Law, a marketing manager in the e-commerce industry, considers Mauritian beaches “the most beautiful I have ever seen”.

Based on the couple’s brief, Ms. Carmen Tang, design director of boutique studio Wolf Woof, came up with a concept in the style of The Hamptons – a popular seaside summer destination in New York for affluent Americans – with an elegant, airy atmosphere and coastal.

The living room is surrounded on three sides by the kitchen, the office and the patio. The neutral light palette – complemented by shades of black and gray as well as glass – makes the space bright and airy. Mock shiplap panels on the feature wall, as well as the wall outside the kitchen, add to the rustic and cozy vibe.

“Instead of using individual planks, we created a similar effect by using a wood grain textured laminate over a wood panel that was veneered over the existing wall,” says Ms. Tang. The U-profile’s groove lines mimic the tongue and groove joints found in actual shiplap panels.

The large patio doubles as a semi-outdoor dining area for the family, with a bar counter overlooking the condo’s pool — reminiscent of the semi-open-air verandas of Hamptons beach houses. A new boutique condominium for Cabbagetown