It is an unusual developer that gives architects and designers the time and freedom to develop and execute a nuanced, moving and one-of-a-kind program for an apartment building renovation. Yet that’s exactly what happened when Bretaigne Walliser and Thom Dalmas of design studio TBo were called upon to expand and redesign a long neglected and completely abandoned townhouse.

“We had a loose mandate,” Walliser said. “We have to explore space, play and invent.” During a two-year renovation, TBo radically transformed the building, expanding it with a three-storey cast concrete extension, plus a generously sized penthouse.

TBo retained much of the vintage feel and proportions in the front half, using traditional windows and reusing the original moldings and doors where possible. “The scale of these elements helps anchor the older parts of the house,” Walliser said. “We didn’t reproduce them in the extension, because we thought it was important to have a different syntax for new spaces.”

The resulting five-bedroom triplex (there’s also a ground-floor rental unit) feels airy and expansive, with an unconventional kitchen layout and extra-special bathrooms. Retaining the original brick rear wall, TBo brought its three window openings down to the ground to create passageways to the new rooms at the rear. “The limits of a townhouse are limiting and you see the same things over and over again,” Walliser said. “We tried to be inventive in the new expansion. The spaces on each floor join without doors, so light and air are drawn into the middle. The circulation is totally new, and instead of a typical townhouse layout, which is a narrow tube of space, you have a space that unfolds with myriad passageways and light streaming in from many directions.

A subtle Mediterranean vibe, born of the couple’s recent travels to Spain and Portugal, manifests in the archways and the warm hues of the hand-troweled plaster, and proves mysteriously sympathetic with the original architecture of the late of the 19th century.

The artsy decor is the work of sisters Brooklyn Porter and Hollister Hovey of Hovey Design, an interior design, styling and staging agency.

The hall opening into the living room has been widened a bit and the staircase has been rebuilt in its original location. The perfectly painted wooden moldings have been stripped and repurposed; the plaster molding is new, as are the reclaimed pine floors.

There is very little paint on the walls; it is almost entirely luminous plaster applied with a hand trowel.

Visible around the original rear wall of the house are structural elements of the new concrete frame extension, designed to interlock with the original masonry construction – or, as Walliser puts it, “squeezing and intertwining with the old building”.

The concrete columns and ceiling beams are a new structure cast into the old, “so that they are tied together, providing stability,” Walliser said. “They work in tandem.”

In the concrete framework of the new extension, a CMU (ash) cinder block with a lime plaster, in a version of 4 inches in height instead of the standard 8 inches, was used for the filling.

The kitchen is centered on a large white oak work island with a vermeil top red alicante marble, allowing space to flow around it and providing a common gathering place.

Clerestory windows bring in light from the sides of the building without exceeding code limits on allowable openings. The ceiling beams are in Douglas fir.

Two bedrooms on the second floor at the front of the house have period-appropriate two-over-two windows.

What was previously the rear of the townhouse became the center, with doorless openings in the original rear wall.

The headboard is the back of a reclaimed wood closet.

The windows in the new back wall were “deliberately oversized to infuse the space with light and create a sense of scale and volume in these rooms that is surprisingly large for a townhouse,” Walliser said.

The all-new penthouse level is the master suite, with two generous bedrooms and a design language consistent with that of the new construction on the lower floors.

The penthouse level tub has an interior window and a custom highly figured travertine tub surround.

The penthouse is covered in stucco and a corrugated and perforated steel rainscreen, which catches the evening sun.

The skylight on the roof just outside the penthouse living room window lets daylight into the large bathroom on the second floor.

The insider is Brownstoner’s weekly in-depth look at a remarkable interior design/renovation project, by a design journalist Cara Greenberg. Find him here every Thursday morning.

You have a project to propose for The insider? Please contact Cara at caramia447 [at] gmail [dot] com 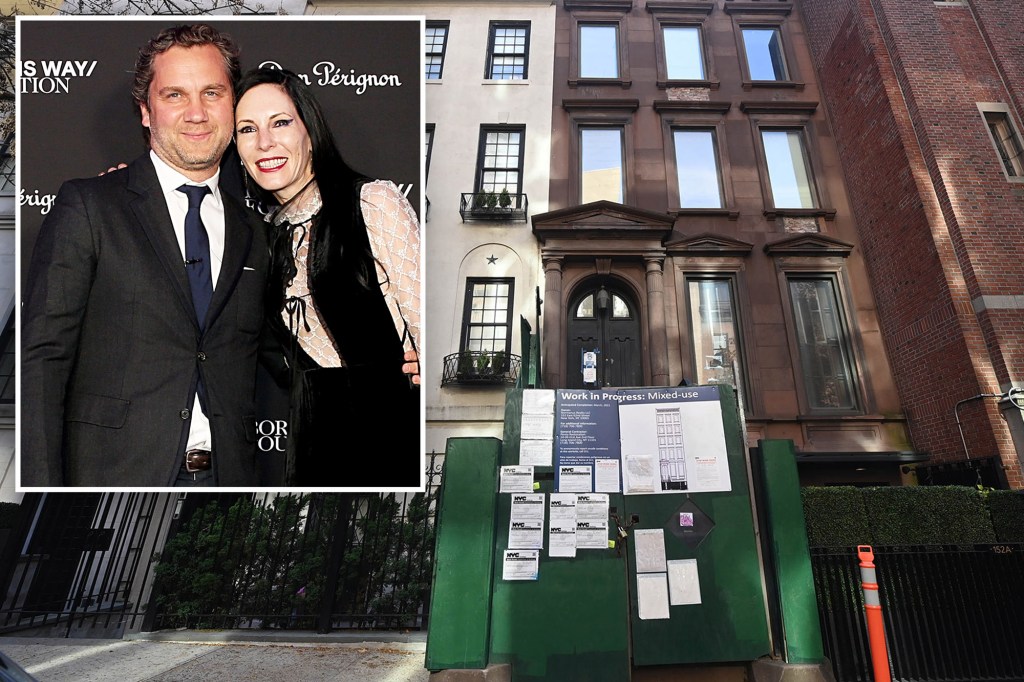 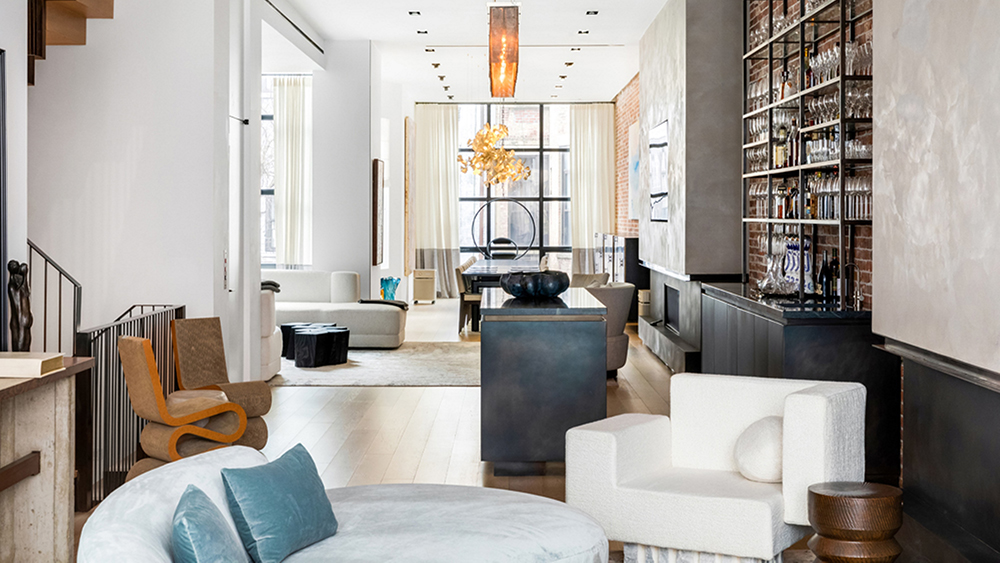