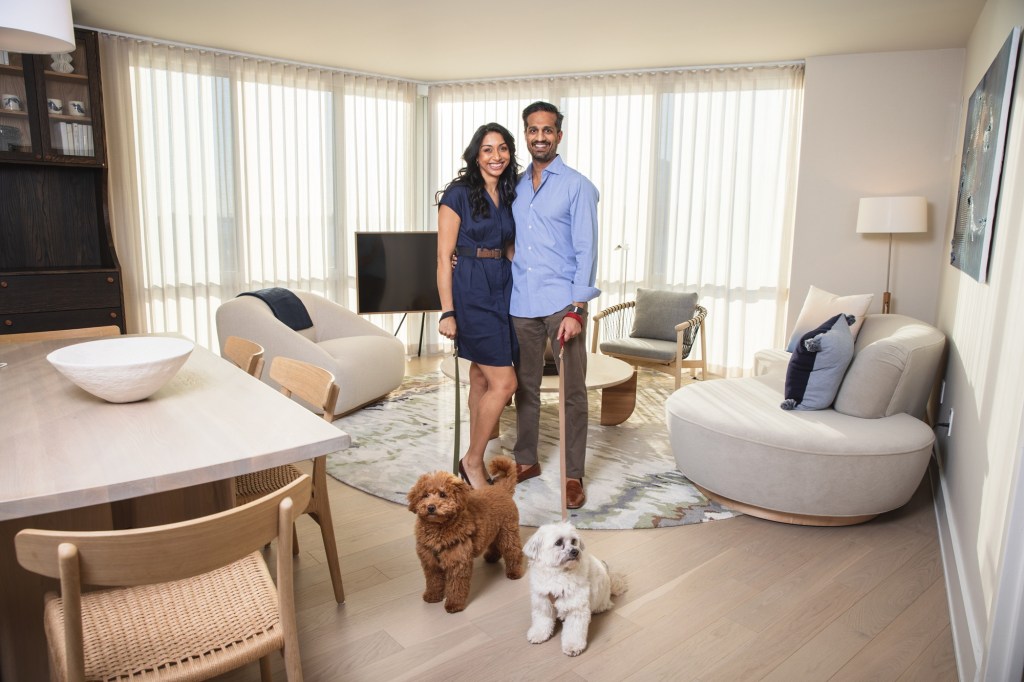 Slowly but surely, New Yorkers are living bigger — and we mean literally.

Data collected from 765 apartment buildings in Manhattan shows that their apartments have grown from 950 square feet to 975 square feet on average over the past five years, an increase of about 5%, according to research firm Urban Digs.

Okay, that doesn’t sound like a lot, but get this: the average apartment size across the city has grown every year since 2000 — from 756 square feet to over 820 square feet, according to data from Axiometrics.

While New York is world famous for its micro-apartments and cramped shared apartments, the trend is clear: the square footage of the city’s housing stock is growing.

And that puts NYC at odds with the national trend. The size of a single-family home in the United States is slowly shrinking from its inflated peak of 2,467 square feet in 2015 to 2,261 square feet by 2020, according to Statista.

So what gives? Despite the much publicized trends in tiny housing, the vast majority of new development in the city over the past 20 years has been in the ‘luxury’ sector (i.e. larger than average).

“Historically, developers have made their units as space-saving as possible,” said Corcoran Group COO Gary Malin. “The idea was that if you built apartments that were too big, the prices would be too high and people couldn’t afford them. [Now] developers are realizing that it is smarter to build bigger and are planning future projects with larger units. That’s what people want, and it’s a mentality that’s likely to stick.

The pandemic has also played a role in the “big is beautiful” movement in city life.

“Working from home, whether full-time or on a hybrid schedule, is a permanent lifestyle change for many people, and in New York, that means for those who can afford it, there’s a demand for more living space,” Kelly Mangold said. , director of the real estate consulting firm RCLCO.

For example, at 212 W. 72nd St. on the Upper West Side, a building formerly dubbed “the corner,” is currently being transformed from a 196-unit rental building to a 126-unit condo.

“We wanted to condense the apartments and make each one more spacious because we’ve seen tremendous interest in larger units,” said John Tashjian, managing partner of 212 W. 72nd St..

The new building configuration includes several three- to five-bedroom residences ranging from 1,425 to 4,683 square feet (prices range from $2.7 million to $19.15 million), and Tashjian says the first condos sold by the Corner were four bedrooms with outdoor space.

Battery Park City Solar is also transitioning from a rental — in this case to a co-op with condominium rules — and has pre-approved several sets of adjacent smaller units for combinations.

It’s a strategy that has worked to attract buyers looking for larger living spaces, and sales manager Aaron Goed says the building currently has four contracts signed for suits and five more that are pending.

Nitin Mittal, 42, a consultant, and his wife, Amita, 37, a therapist (plus their shih-poo, Ollie, and their mini goldendoodle, Noodle), are among the buyers partnering with Solaire.

The couple, tenants in the neighborhood for several years, bought a one or two-bedroom unit for a total of 1,800 square feet which they are transforming into their four-bedroom dream home.

“We will both be working remotely and needed something much bigger than the two-bedroom we were living in,” Amita said. “When we saw that we had the ability to combine two units without too much hassle, we knew we had to jump at the chance.”

But most new buildings in the city are simply made taller.

One of those buyers, an accountant in his 50s who wanted to be identified only by Mr Miller, paid $5million for his apartment and said he and his wife wanted a spacious residence because they were committed to live in New York. “We rented for years at Sutton Place, but we wanted to put down roots in the city,” he said. “A big apartment that looks like a real house is one way to do that.”

Quay Tower on Brooklyn Bridge Park is another example of a more recent development that was designed with combinations in mind. Developer Robert Levine, the founder of RAL Properties, says the building mechanics have been mapped to allow for minimal sheetrock so buyers can create larger floor plans with two or more apartments.

Bill Caleo, 45, co-owner of the Brooklyn Home Company, bought two apartments in Quay Tower to house his large family of four children. Their new home is 4,500 square feet and, according to Caleo, the merger process went smoothly.

“We love everything about space,” he said. 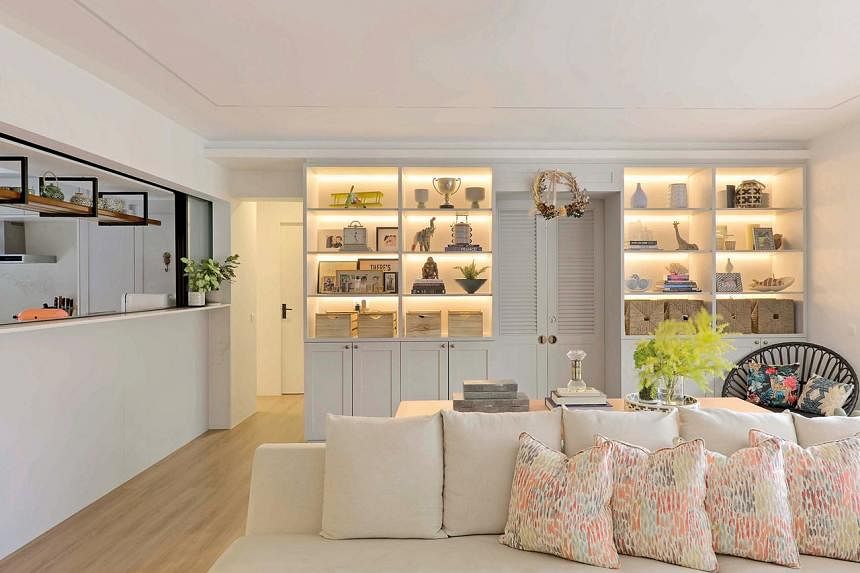 The Chic Home: Light, Bright and Airy Apartment for a Family of Four 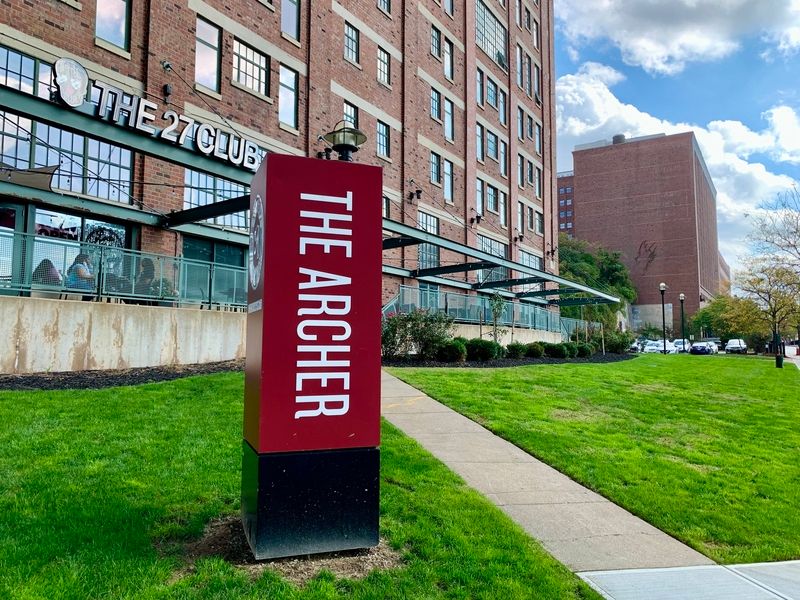 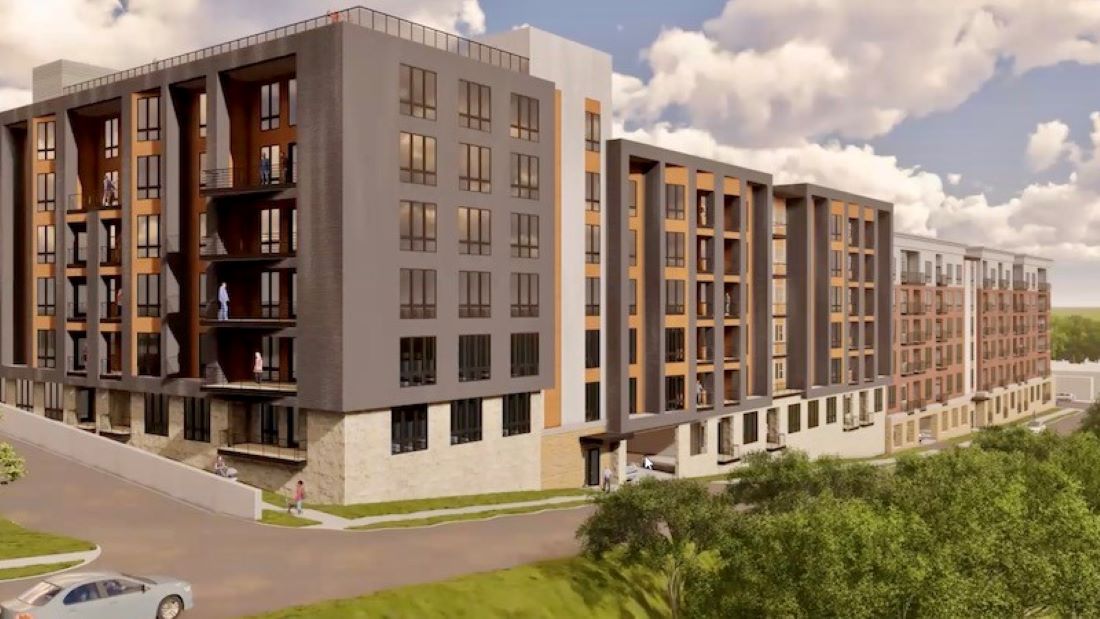